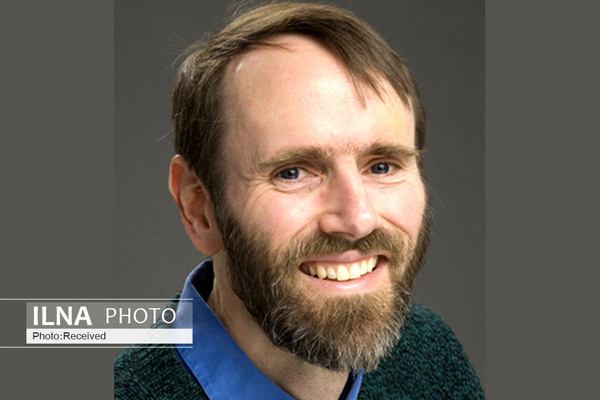 Kurk Dorsey who is a member of the Master in Public Policy faculty and a Professor of History at the University of New Hampshire says to ILNA news agency in an exclusive interview that foreign policy was rarely discussed in the US election because the pandemic, the economy, so Biden has not had to be very specific about his foreign policy goals. The author of three books, most recently “Whales and Nations” believes “Biden will probably want to return to the Obama policy of engaging with Iran rather than confronting it.” Dorsey is the author of The Dawn of Conservation Diplomacy: U.S.-Canadian Wildlife Protection Treaties in the Progressive Era (1998) and Whales and Nations: Environmental Diplomacy on the High Seas (2013).

You can read the Full interview of an associate professor of history at the University of New Hampshire with ILNA news agency as follows:

Q: Donald Trump has insisted he is not conceding the US election, despite seemingly acknowledging for the first time that Democrat Joe Biden won. Why the result of the 2020 presidential election was so shocking?

A: The biggest surprise to me was that President Trump got about 10 million more votes this time than in 2016. I expected him to be closer to 62 million, not 70. That means that about half of American voters basically liked his policies. That was higher than most of us who study elections expected, but it turned out that Joe Biden did better than Hillary Clinton by about 11 million votes. In the end, Trump lost because many Americans who liked his policies did not like him personally. His party, the Republicans, did better in almost every national and state race than he did, which shows that it was his personality, not his policies, that cost him the election. I should add that foreign policy was rarely discussed in the US election because the pandemic, the economy, and Trump's behavior were the issues most important to the voters, so Biden has not had to be very specific about his foreign policy goals.  But he has been around for years, so we know his basic thinking.

Q: Many Iranian believe US elections will have a big impact on Iran. Do you accept this analysis?

A: Absolutely. Joe Biden will probably want to return to the Obama policy of engaging with Iran rather than confronting it. He will expect Iran to moderate its policies, but he will not seek to provoke Iran.

Q: Will US policy on Iran and other countries change after the election?

A: Yes, in particular, he will work with traditional US allies more easily than Donald Trump did. Biden comes from the long line of US statesmen who believe that the US helped to build a positive world system after World War II. Part of that system included strong relationships with NATO partners, Japan, South Korea, Australia, and a few other countries. Trump has viewed those states largely through the lens of personal relationships that he has with their leaders--he likes Abe from Japan but does not like Merkel from Germany. Those countries would rather work with Iran to keep it from getting a nuclear weapon than threatening it, and Biden almost certainly agrees.

Q: Could Biden bring the US back into the Iran nuclear deal?

A: I fully expect the US to move toward rejoining the agreement. But I also think that Biden is wily enough to recognize that he should ask Iran for some concessions before he just jumps back in--maybe some more inspections or curbing policies in Iraq that challenge the US efforts there. Iran wants the US back in the agreement, but Biden will not win over many Americans who are skeptical about him or Iran just by agreeing with them. He has bargaining power.

Q: War or negotiation? Which is possible?

A: I think the US will not start a war with Iran, unless Donald Trump does something unpredictable in the next two months while he is still president (until January 20th). Biden certainly does not want a war with Iran, so once he is president, Iran's leaders would be wise to send him a quiet signal that they would like to move toward normal relations.

Q: Why Iran and the U.S are at an impasse and how to reduce tensions?

A: Both sides have contributed to the tensions. Most Americans do not remember the US role in the 1954 coup, but they do remember that Iranians stormed the embassy in 1979 and kept Americans hostage for more than a year. Either side could make a difference by recognizing past problems, or by recognizing that their policies in the 21st century are creating current problems. There are many serious disagreements between the two countries, but policies toward Israel and Iraq are the key ones now. On Iran's part, it could tone down the rhetoric toward Israel and take a less assertive position in Iraq.

Q: What a Biden victory means for Europe?

A: It's hard to see Europe as a whole given the splits between Britain and the continent, and the rise of nationalist parties in places like Poland and Hungary.  But in general, Biden will look to strengthen NATO and rebuild trust with France and Germany first; rejoining the Iran nuclear deal seems like a likely move within the first 6 months of 2021.