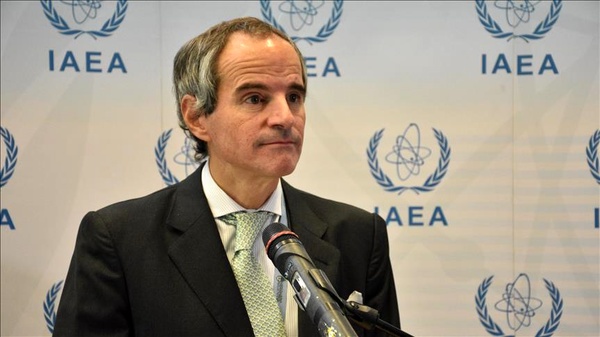 Repeating unconstructive allegations against Iran, the director-general of the International Atomic Energy Agency claimed that he needed to meet with senior officials to discuss a long list of issues related to the Islamic Republic's nuclear program.

"I have not had any contact with this government that has been there for more than five months except for technical talks with Mohammad Eslami, head of the Atomic Energy Organization of Iran," Rafael Grossi told reporters on the sidelines of a conference on nuclear security on Friday.

According to Western media, who had been hoping to visit Iran before the next meeting of the IAEA's board of governors starts on November 22, calling the issue "astonishing".

IAEA Director General Rafael Grossi said it was "astonishing" that President Ebrahim Raisi's government had not been in contact since its election win in June.

"I think that we should have had this contact much earlier… There's a long list of things we need to discuss," he said.

Grossi has stepped up pressure to meet with senior officials of the Islamic Republic of Iran following provocative reports against Iran's nuclear program.

In an interview with the Financial Times on September 2020, he requested a meeting with Foreign Minister Hossein Amir-Abdollahian to discuss issues related to Iran's nuclear activities. "I need this call at the political level," he claimed.

"This request is inevitable because we cannot understand each other without it."

On November 29, diplomats are scheduled to resume talks in Vienna, hoping to revive the 2015 nuclear deal, also known as the Joint Comprehensive Plan of Action (JCPOA).

Iran stopped observing some conditions of the JCPOA in 2019 after the US withdrew from the plan in 2018 under then-President Donald Trump and began imposing sanctions on Iran.