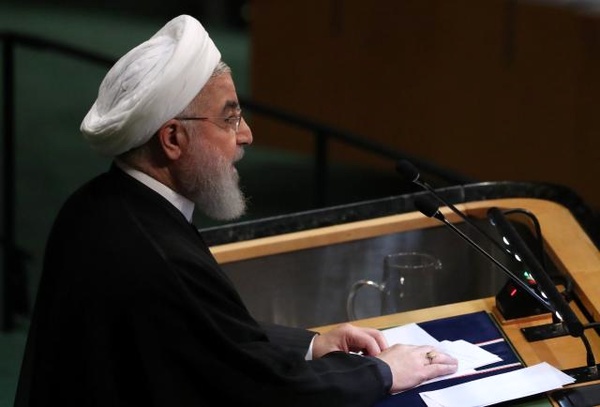 Iranian President Hassan Rouhani in a Twitter message described Trump's so-called 'Deal of Century' as the most despicable plan.

The White House claimed that this Vision is the most serious, realistic, and detailed plan ever presented, one that could make Israelis, Palestinians, and the region safer and more prosperous.

"This Vision is just the first step and provides the basis for historic progress toward peace. The United States hopes this Vision will lead to direct negotiations between Israel and the Palestinians," it added.

"The Most Despicable Plan of the Century," he added.

Earlier, Supreme Leader of the Islamic Revolution Ayatollah Seyyed Ali Khamenei said in a message that the US evil policy against Palestine and the so-called 'Deal of Century' will never materialize.

"To the dismay of US politicians, the satanic, evil US policy about Palestine —the so-called #DealOfTheCentury— will never bear fruit, by the grace of God," Supreme Leader's official Twitter account reported.

"About the Judaization of #alQuds and saying it should be in the hands of the Jews, they’re talking foolishly & unwisely," he added.

"The issue of #Palestine will never be forgotten, the Supreme Leader noted.

He reiterated: "The Palestinian nation and all Muslim nations will definitely stand up to them and not allow the so-called #DealOfCentury to be realized."