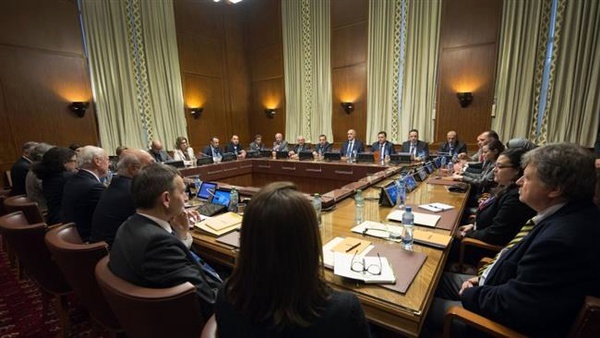 Russian Foreign Minister Sergey Lavrov said on Friday that his country in cooperation with Iran and Turkey would try to go ahead with the Astana process for Syrian peace settlement.

Speaking at a joint press conference with his Uzbek counterpart Abdulaziz Kamilov, Lavrov said that the Astana process remains the only barrier that prevents the United States from dividing Syria, noting that these plans, even though they are denied by the US, are being implemented by them east of the Euphrates.

On the agreement on the de-escalation zones, Lavrov pointed out that the Americans do not want to recognize that Russia has played the key role in reaching it, which raises many questions for Moscow, adding that preparations are being made for the meeting between the foreign ministers of the three guarantor states (Russia, Iran, and Turkey) that will be based on UNSC Resolution 2254, which requires respect for the sovereignty of the Syrian Arab Republic and its territorial inviolability.

The Russian foreign minister also said that the root of the problems in the Eastern Ghouta is the presence of Jabhat al-Nusra and groups affiliated to it which target the capital Damascus with shells, use civilians as human shields, and claim that humanitarian conditions are bad there.

He said the terrorists use civilians in Eastern Ghouta as human shields in order to put the blame for any casualties on the Syrian Army and government and present them as parties that violate international humanitarian laws, adding that whoever wants to ensure the human rights of the civilians in Eastern Ghouta should put pressure on the terrorist organizations that exist there.

“We still don’t have evidence that the coalition led by the United States, is viewing Jabhat al-Nusra as a real target,” the Russian foreign minister said.