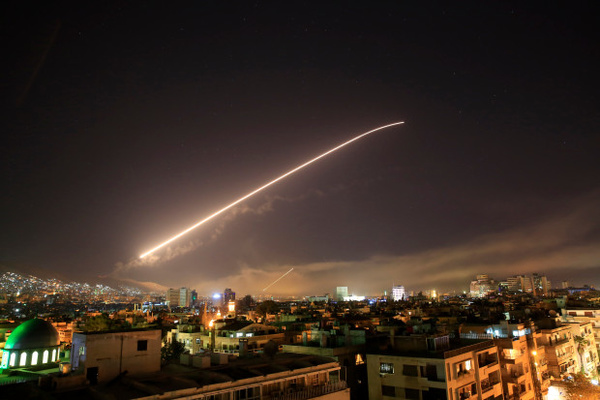 Iran's Islamic Revolution Guards Corps (IRGC) has strongly condemned a recent attack by the United States, Britain and France against Syria, saying it will boost the Syrian nation’s resolve in its fight against terrorism.

In a statement released on Saturday, the IRGC said the US, Britain and France carried out the criminal and deceitful attack in Syria based on a false claim that the Syrian government had used chemical weapons in the militant-held town of Douma in Eastern Ghouta region.

The joint strikes were a "flagrant and undeniable crime" by the three countries and proved "their disgraceful defeat in supporting Takfiri terrorists" and saving them, it added.

The IRGC said the seven-year experience of war in Syria and full resistance of the country's army, government and people against "an all-out proxy war [waged] by the [global] arrogance and Zionism and Takfiri terrorists" showed that the resilient Syrian nation, backed by Damascus’ strategic allies, would not stop moving in this path until achieving a full victory.”

The criminals, aggressors and their regional supporters would achieve nothing, it pointed out.

In the early hours of Saturday, the three Western states launched a barrage of missile attacks against Syria in response to what they claim to be a chemical attack in Douma. Syria has no chemical arsenal and has rejected any role in the suspected gas attack. Syrian air defenses, however, responded firmly, shooting down most of the missiles fired at the country.