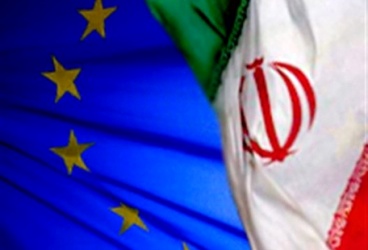 The European Union could put in place regulations to protect its firms doing business in Iran if the United States withdraws from the 2015 nuclear deal and restores extraterritorial sanctions, a senior EU official said on Thursday.

European countries have been looking to increase trade with Iran since Paris, Washington and other world powers agreed to lift most economic sanctions in 2016 in exchange for limitations on Tehran’s nuclear program.

But US President Donald Trump on Jan. 12 vowed to restore US sanctions unless France, Britain and Germany change what he calls the “worst deal ever” to his liking, effectively putting it on life support until mid-May.

While European nations have been adamant that they would stick to the deal should Washington pull out, Europe would need to find ways to limit any impact from possible US sanctions to ensure their firms continue to do business with Tehran.

Denis Chaibi, head of the Iranian taskforce at the EU’s external action service, said one of the options would be to restore “blocking regulations”, a system from 1996 that would protect its firms, Reuters reported.

“We are looking at a number of possibilities. It is not complicated to do it legally in that the legal instrument exists, but it doesn’t require a huge internal debate,” Chaibi told a Euromoney conference in Paris.

The regulations were agreed in 1996 as a countermeasure to the US extraterritorial economic sanctions against Cuba, which EU governments argued benefited US foreign policy interests at the expense of European sovereignty.

“It could be revived or put back, but only if it is clear that the US is putting back sanctions with extraterritorial sanctions and that they are being applied. It can’t be done protectively,” he said.

The so-called extra-territoriality of US sanctions law, which apply to foreign firms carrying out transactions in US dollars even if the operations involve non-US branches, allowed US authorities to fine French lender BNP Paribas nearly $9 billion (5.34 billion pounds) in 2014.

Fears of such fines have been one reason preventing major international lenders and firms from returning.

The European External Action Service (EEAS), set up in 2009, runs a network of diplomats around the globe, drafts policy papers for EU foreign ministers and is led by the EU’s top diplomat Federica Mogherini.