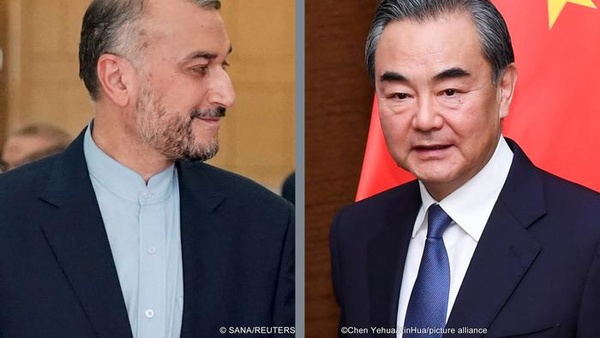 Wang reiterated that no international obstacle can impede good relations between the two countries. United States sanctions imposed since 2018 have reduced Iran-China trade and Beijings oil imports from Iran.

Iran has indicated its intention to rely more on Asian countries, particularly China for trade relations as talks with the United States and Europe to resolve differences over Tehran’s nuclear program have not succeeded so far and US sanctions remain in place.

Tehran and Beijing have signed a 25-year strategic cooperation agreement and Iran is hoping to get Chinese investments and more diplomatic support. However, Beijing has so far has not seriously challenged US sanctions, as it has cultivated closer ties with the Gulf Arab countries and Israel.

Amir-Abdollahian emphasized that the implementation of the strategic agreement.

Wang also promised to speed up Chinese deliveries of Covid-19 vaccines amid a serious pandemic crisis in Iran partly due to slow vaccination of the population.

The two foreign ministers also emphasized the importance of forming an inclusive government in Afghanistan.