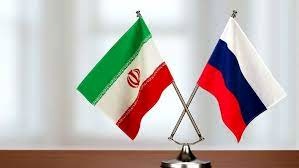 The transport and transit agreements include the activation of the International North-South Transport Corridor (INSTC) and the development of maritime, air, and rail cooperation, according to a report on the MRUD website.

Increasing the number of flights, activating the two countries' ports, agreement for the operation of the rail corridor from Chabahar Port to Russia and electrifying of Incheborun-Garmsar Railway is on the minister's agenda on this visit.

Previously, Iranian and Russian transport ministers met in Moscow in November 2018 at the sideline of International Transport Week. The two emphasized the development of rail cooperation, acceleration of joint projects, and the necessity of mutual collaboration for the completion of the North-South railway corridor.

The north-South railway corridor starts from Helsinki in Finland and passes through Russia, Azerbaijan, Iran, and Mumbai in Indian Subcontinent.