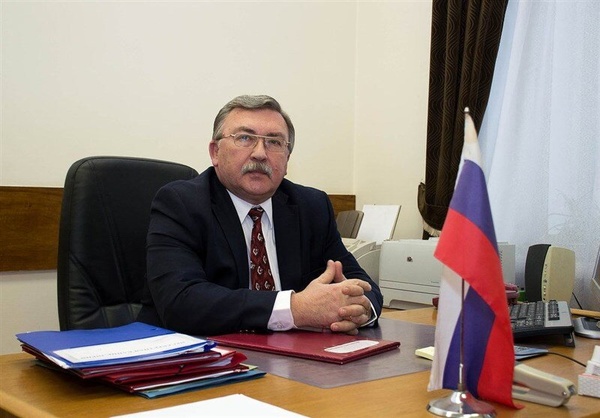 Russian Ambassador and Permanent Representative to the International Organizations in Vienna Mikhail Ulyanov in a message described US claim to restore sanctions against Iran as cynical.

"US claims that previous U.N. sanctions are reimposed on #Iran and threatens that all those who disagree with the US national interpretation of snapback will be punished," Ulyanov wrote in his Twitter account.

"Ironically and cynically Washington calls this unjustifiable position a step toward int. peace and security," he added.

The US Secretary of State Mike Pompeo in a statement on Saturday claimed that the United States has notified the President of the Security Council of Iran’s significant non-performance of its JCPOA commitments.

This notification triggered the 30-day process leading to the snapback of previously terminated UN sanctions, which became effective at 8 pm Eastern Daylight Time on September 19, the statement reads.

This is while, Iranian Foreign Minister Mohammad Javad Zarif on Saturday said snapback mechanism is not the one by which to return sanctions for a non-participant state.

All members of the Security Council, except the US, have either remained silent or said that the US has no place in this room to remain silent or make a comment, he added.