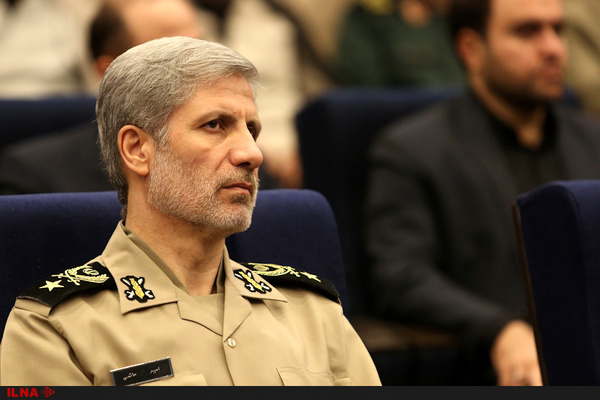 Hatami made the remarks upon his arrival in Moscow on Saturday at the head of a military and defense delegation.

"We have seen major ups in mutual collaboration," the Iranian Defense Minister said.

An example of it was a joint war game which was held in the north Indian Ocean and Sea of Oman by Iran, Russia, and China, he added.

"Of course, this year, coronavirus has affected Iran-Russia collaboration to some extent, but my overall assessment is that the cooperation between the two countries is quite positive and forward," he said.

Brigadier General Hatami further noted that during his visit to Moscow he will take part in the military seminar and exhibition to get familiar with the latest military achievements and discuss regional and bilateral issues.

"Given that Russia is a friendly country with which cooperation is increasing, this trip is a great opportunity for us," he added.

During his visit to Russia, Brigadier General Hatami is slated to sit down for talks with his Russian counterpart Sergey Shoygu and other Russian officials.

Russia International Military-Technical Exhibition and Conference is being held every year since 2015 on the order of the country's president, displaying latest achievements of the Russian military and defense industry.