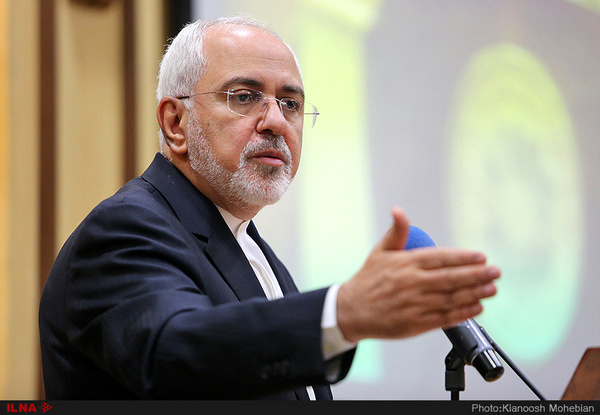 "Those who muse about injecting disinfectant to 'clean' the coronavirus, also argue that they are a 'participant' in a UN Security Council Resolution endorsing a deal that they long ago 'ceased participating' in. Their own words," Zarif wrote on his Twitter account on Thursday.

"If only Kafka were around," he added.

He also released a separate message in response to "The Guardian" new report that half of the world nuclear arms spending was related to the United States last year, saying: "Need I add anything?"

The world’s nuclear-armed nations spent a record $73bn on their weapons last year, with the US spending almost as much as the eight other states combined, according to a new report.

Earlier, Zarif in a message said Iran nuclear deal known as the Joint Comprehensive Plan of Action (JCPOA) is part of UNSCR 2231 and advised US secretary of state to read the resolution.

Meanwhile, Iran's Ambassador to the United Nations headquarters at Geneva Esmaeil Baqaei Hamaneh said that the United States' invocation of UNSC Resolution 2231 against Iran is a travesty and it should be held accountable for abusing the UN Security Council.

US Secretary of State Mike Pompeo has recently claimed that the US is still a participant to the UNSC Resolution 2231 and can request an extension of Iran’s arms embargo based on the Article 11 of the Resolution.

With its unilateral exit from Iran nuclear deal two years ago, the United States violated its commitments under the 2015 multilateral accord and a subsequent UNSC Resolution 2231 as well.

Russia, China, as two other signatories to Iran nuclear deal, as well as some European countries and Iran have made clear that the US claim is a misconception of the Resolution. They reiterated that Washington is no longer a party to Iran nuclear deal as it has unilaterally withdrawn from the accord.