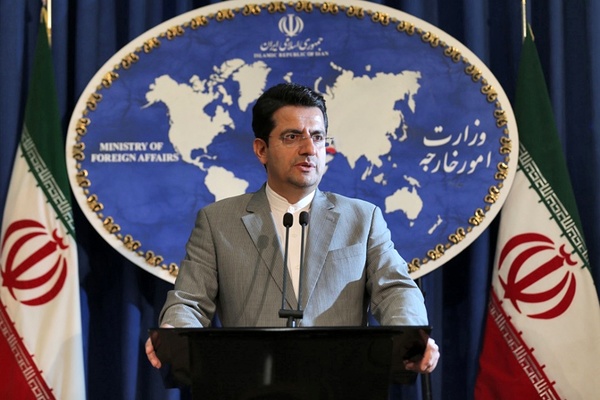 Commenting on the recent remarks by Pompeo, the top Iranian diplomat added that he is by no means in the capacity of a secretary of state by considering international norms and standards.

Pompeo, who has come to the US Department of State from a deceitful and subversive organization, has transferred his negative thoughts to the field of diplomacy, he reiterated.

The Iranian foreign ministry spokesman underlined that foreign ministers are usually in favor of peace, reconciliation, dialogue, and respect, whereas this is not the case about Pompeo.

Condemning Pompeo's latest remarks, the Iranian official pointed out that the American officials go nowhere because they had not yet given any image other than a dysfunctional as well as frustrated foreign policy to the American and the elites across the world.