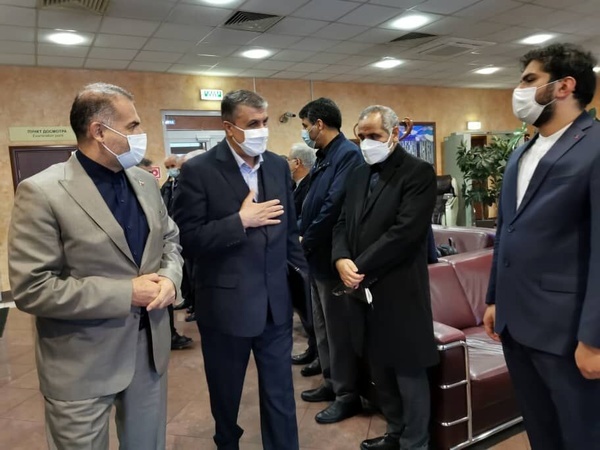 Head of Atomic Energy Organization of Iran (AEOI) Mohammad Eslami arrived at Moscow on Tuesday in an official visit.

Iran's vice president and head of the country's atomic energy organization, Mohammad Eslami, has arrived in Moscow for talks with the chief executive of Russian state nuclear firm Rosatom, the RIA news agency cited Iran's embassy as saying on Tuesday.

Eslami plans to discuss cooperation between the two countries in the nuclear power sector, it said. Russia is a diplomatic ally of the Islamic Republic and a military ally in Syria.

Russia built Iran's only nuclear reactor in Bushehr after the 1979 revolution. Tehran has started construction of at least one other reactor at the same location.

It is not clear if Eslami will also hold discussions with Russian officials on the nuclear talks with the United States and its European allies in Vienna.

Tehran stopped the talks in June saying its new president, Ebrahim Raisi, needed time to form a government, but after more than a month of forming a cabinet, Tehran has not announced a date for its return to the talks.