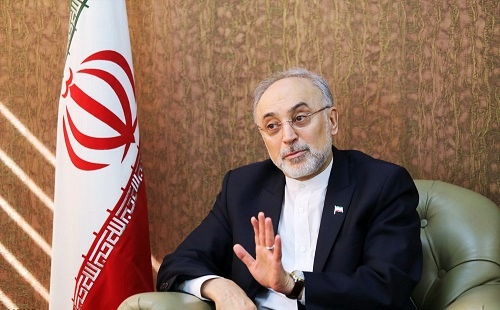 The head of Iran's Atomic Energy Organization announced the export of radio-pharmaceuticals to India, Lebanon, Syria, Iraq, and some European countries.

In a TV program on Saturday evening, Ali-Akbar Salehi described the latest nuclear achievements that were unveiled and put into operation on Saturday.

He stated that the 133 achievements that were unveiled, most of which were about the nuclear fuel cycle, were related to uranium enrichment.

He referred to the unveiled special centrifuge needed by the blood bank and noted that these centrifuges were purchased from Germany at an exorbitant price, which the AEOI produced with excellent quality.

"We have about 15 types of centrifuges; Today, we launched the complete IR6 chain while we should have launched seven or eight years later," Salehi said.

"We installed 1,000 IR2m centrifuges, we have an enrichment capacity of 16,500 SWE, but before the JCPOA, the maximum was 13,000 SWU. Two complete IR4 chains are installed," he highlighted.

He underlined that Iran had reached the threshold of uranium enrichment technology and did not need reverse engineering.

"We can mass-produce IR6, but we want to move forward with global standards," he concluded.