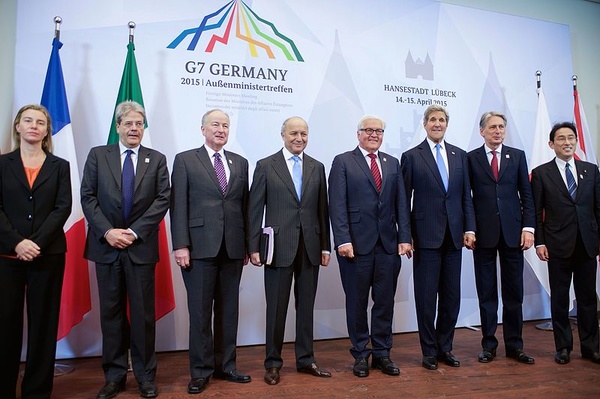 The ministers, in Toronto for a two-day meeting, will also review recent events in the Korean peninsula, Syria, the Middle East and Venezuela. The talks, due to end on Monday, will help prepare for a G7 leaders’ summit in Canada in early June.

The group last week condemned what it said was a Russian nerve agent attack in Britain. A senior official from one G7 nation said ministers were deeply worried about what the group saw as a pattern of Russia misbehavior going back years.

“They are I think interested in a unified approach on how we express our profound concern and our disagreement and how we will work together to address them,” said the official, who spoke on the condition of anonymity.

Russia denies any involvement in the attack.

Western nations have imposed a wide array of sanctions against Russia in recent years after it annexed Crimea, supported militants operating in eastern Ukraine and backed Syrian President Bashar al-Assad.

“We need constructive contributions from Russia to reach a peaceful solution,” Maas told reporters, adding that this was equally true of the Ukraine conflict.

Ukrainian Foreign Minister Pavlo Klimkin will take part in some of the sessions in Toronto.

The ministers will not discuss further punitive measures because Britain, France, Germany and Italy are members of the 28-nation European Union, which must agree collectively on what steps to take, said two diplomats briefed on the meeting.

Also on the agenda is North Korea, which on Saturday said it would immediately suspend nuclear and missile tests and scrap its nuclear test site. The announcement prompted cautious reactions from nations such as Japan, Britain and Australia.

“This a small but incremental and perhaps very impactful step in the right direction,” Canadian Prime Minister Justin Trudeau told reporters on Saturday.

Mike Pompeo, President Donald Trump’s nominee to be the top U.S. diplomat, has not yet been confirmed in his post so the United States will be represented in Toronto by acting Secretary of State John Sullivan.