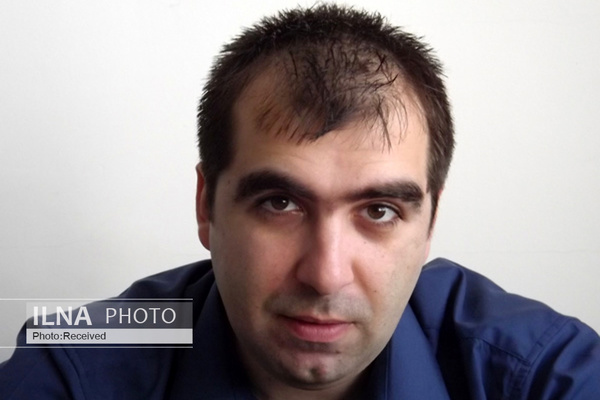 Vladimir Mitev is a Bulgarian-Romanian journalist based in Rousse, a town on the very border between the two countries. He is the editor-in-chief of the Romanian website BARICADA Romania, which initially started as a Romanian language version of the Bulgarian portal by the same name.

Below is the ILNA's interview with this authoritative journalist about the recent unrest in Bulgaria.

ILNA: The protests in Bulgaria have lasted for more than 75 days. Given the fact that Bulgaria saw the rise of anti-corruption as a lever of social change, what is the main demand of these unrests?

The main demands are two resignations – of the prime minister Boyko Borissov and of the chief prosecutor Ivan Geshev. The accusation against them is that under their rule the state has been taken over by the oligarchy. There is also an accusation that state institutions, including the prosecution’s office, have not been serving the public interest, but the interest of a part of the oligarchy, which has been marginalising through the prosecution other parts of this economic elite, formed in the times of transition. In their turn, the accused have been suggesting that parts of the oligarchy, which have been hit in the recent anti-corruption campaign, are behind the protests. It is worthy to remind that the oligarch Vasil Bojkov who fled to Dubai after receiving more than a dozen accusations, was on good terms with Borissov and his business was flourishing until recently.

The protests are heterogeneous with various kinds of currents participating. Many people don’t formulate a clear demand beyond the demands for resignation. But the urban middle class is probably the force with the greatest visibility in these protests. And it seems to want Bulgaria to become a real liberal democracy, not one of crony capitalism. At stake are various things, but most of all the judicial system. The urban middle class has had the feeling that the fight against corruption doesn’t empower it, doesn’t replace the political elites of the times of transition with new, untainted elites. There have been calls for the replacement of all the elites that have been stained in the times of transition – times, when the state property was transformed into private one, when there was crisis, corruption, theft and millions of Bulgarians have emigrated to Western Europe in search of lost social security. So the middle class wants to weaken the powers of the chief prosecutor and to give greater influence in the judicial system to the judges at the expense of the political influence in it (as seen from the reform proposals of the Initiative “Justice for All”, which supports the protests). Basically, the urban middle class (represented by the party Yes, Bulgaria and its allies) is interested in change, including in taking over the power, even though it looks like populistic forces of various types will have a strong presence in a future parliament. Among the protesters, there are also supporters of the president Rumen Radev, representatives of the old and of the new left, various small formations of nationalist or populist convictions.

There are also other things at stake – such as what political power will distribute the European funds within the new multiannual financial framework of the EU (2021-2027), the fate of the Russia-related energy projects, which have been advancing under the government of Borissov, etc. But the core issue is who will control the judiciary system and against whom will the anti-corruption be directed.

ILNA: How do you compare the recent protests with the earlier wave of anti-oligarchic protests in Bulgaria in 2013?

One common trait is that both protests had slogans against a powerful oligarch – Delyan Peevski, who is said to have influence in all the powers – including media and the judiciary. Also, once again we have the urban middle class as the main force behind the protests. What is different is that this time its rhetoric against the so-called communists or representatives of the old elites is tamed. Political representatives of the urban middle class even laud the President Rumen Radev, who supports the protests and has been asking for the resignations of the prime minister and chief prosecutor ever since the beginning of the demonstrations. In my view, the urban middle class understands that it is not great in numbers and if it wants its protest to succeed it needs not to marginalise possible allies. In this sense these protests are different. However, the urban middle class still doesn’t articulate significant social demands and remains limited to the rhetoric on rule of law and liberation of the state from the oligarchy.

ILNA: Slavoj Zizek has recently said that Belarus’s problems won’t vanish when Lukashenko goes. Does this analysis hold true for Bulgaria as well?

I can certainly agree that the resignation of Borissov will not solve the Bulgarian problems. He has provoked a lot of indignation with his government and his person being perceived as incompetent, vulgar, and corrupt. However, Bulgarian problems are not personalised. They are structural. The country has the highest level of income inequality in the EU – with the incomes of the richest 20% being more than 8 times higher than the income of the poorest 20% in 2019. The country is among the EU states where the lowest level of redistribution through the budget and the European Commission has criticized in a number of its reports the fact that the Bulgarian tax system doesn’t correct inequality, but strengthens it. When such great amounts of money are concentrated in the hands of few people, then naturally corruption becomes greater – this extra money go to the political system and we get what we have and what the protests declare to fight – an oligarchy.

So Bulgaria has social and economic problems and they need to be addressed. One reason this doesn’t happen is that Bulgarian politics and public discourse has been strongly personalised on the figure of Borissov in the last 11 years. He gained great power and has been the ultimate conflict resolver – taking single-handedly decisions for money allocation to protesting groups, demanding resignations of ministers after scandals, etc. One explanation behind the current protests is that this political model, centered on him, is worn out. At the same time, the middle class has its particular class interests. It is relatively well to do, has access to knowledge, has money, has free time – therefore it can organise and insist on its interests, unlike the working people, who have been in a precarious state and overexploited. Its demands however have more to do with ideas, principles, ethics, and less with an improvement of material conditions.

Lack of solidarity is another problem of Bulgarian society. There is dissatisfaction, there is a desire for change. But various people look at the faces of these protests and feel them foreign to their own understandings. Some hate the leader of Yes Bulgaria party Hristo Ivanov, others hate the president Rumen Radev. But hate against Borissov is also strong and it is the common denominator of the various protest currents.

ILNA: Eastern Europe has seen many demonstrations and protests since Euromaidan in Ukraine, from Romania to Kosovo and Belarus. How do you assess the situation of the recent unrest in Bulgaria?

You mentioned the Euromaidan and probably that is a hint that if larger protests take place in Eastern Europe, they obligatory have a geopolitical dimension. It has already been suggested that we have once again in Bulgaria the classical Eastern European competition between supporters of Soros and supporters of Trump. However, that claim could be also an attempt to create divisions inside the Bulgarian society that would thwart the attempted change. As I said even though the urban middle class has been the most vocal face of the protests, they are heterogeneous and there are various ideological and political currents behind them. What takes place in Bulgaria is also a very internal political fight – between supporters and opponents of Borissov, between competing currents in the judicial system, some say that even the army (personified by the president Rumen Radev, a former military pilot and general) is in confrontation with the internal ministry (with the prime minister, also a general, entering big politics through the police).

For some time the state of Bulgarian political elites has been one of agony. Protests take place every evening and they repeat basically the same choreography – chants “Resignation” and throwing objects at the governmental office. This happens while the prime minister travels with his jeep in the zones where highways and factories are being built and reports through live streaming at his page on Facebook how people love him.

There is a feeling that these tensions will be resolved only after the presidential elections in the USA. Boyko Borissov was received by the American president Donald Trump in the White House in November 2019 and was lauded by the American president for the fact that Bulgaria significantly increased its military expenditures by buying American fighters F-16. The urban middle class has a pro-European face and has positions in European technocratic institutions in Brussels or in the NGO sector. At the same time, the European Commission president Ursula von der Leyen said in her 2020 State of the Union speech that European funds payment will be attached to the having rule of law in the given state. In this sense, these protests certainly could have a geopolitical dimension. The USA is a key partner in security, but European funds are a must for the Bulgarian economy. There is a growing sensitivity in Western Europe with regard to corruption and the need for judicial reform in Bulgaria. It remains to be seen what formula of governance will be found out in the next months or the beginning of 2021 (there are parliamentary elections set for March 2021), so that the internal and external balances, now in flux, reach a new equilibrium.

ILNA: How do you evaluate the future of social change in Bulgaria?

There isn’t a lot of grassroots activity that promotes social change in Bulgaria. Such endeavors are missing especially outside Sofia. I believe these protests still have the potential to articulate a more complex vision for change. If change is searched for in the judicial system, we need to know what are the values, criteria for success, and ways to obtain it in this domain. If change is searched in terms of empowerment of the masses, I guess certain opening to and engaging with the downtrodden people, with those traumatized and stigmatized by transition becomes necessary.

These things can’t happen by magic. They require sacrifice, soul searching, loss of comfort, popular mobilization, and enlightenment. There is a feeling that Bulgarians are skeptical if not cynical towards their compatriots who do an activity to the benefit of society. The transition has proven that a number of civic initiatives have been fronting for later political careers and politics is generally considered something disgusting.

I think the social change in today’s Bulgaria would mean departing from the logic of transition, which harmed large segments of the Bulgarian society. Because of the transition’s violent jump from the public to private, because of its abuse of power and destruction of social capital, today there is so much distrust and suspicion of common action. Bulgarians appeared for a long time to have lost hope. Even now there is no vision for the way forward, while we have all the characteristic ills of societies with weak social state – the weak educational system, weak health system, stigmatisation of vulnerable categories of people, etc.

So I am hopeful of these protests – not because there could be a resignation or not, but because people feel certain empowerment. But I am also skeptical – because nobody articulates a complex vision for social change beyond the resignations. So I fear that these protests could end just as many other protest waves have ended – without doing anything significant. In any case, it always makes sense to fight and to resist what you consider unjust. Whatever the outcome of this fight, I hope this summer of 2020 will not simply fade away.