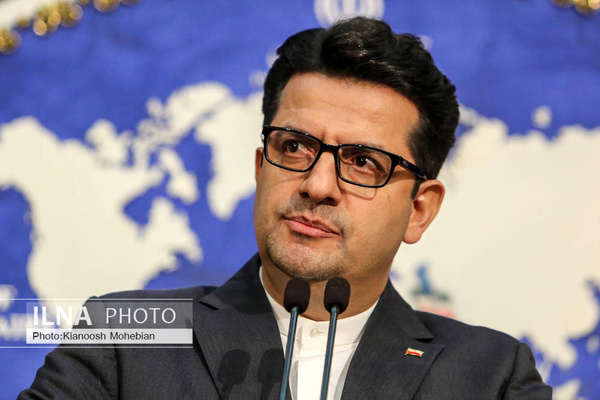 Reacting to the historic defeat of the United States against Iran, the spokesman of the Ministry of Foreign Affairs emphasized that Iran's active diplomacy, along with the legal strength of the Joint Comprehensive Plan of Action (JCPOA), defeated the United States another time.

Iranian Foreign Ministry spokesman noted: "Last night, Iran's active diplomacy, along with the legal strength of the Joint Comprehensive Plan of Action (JCPOA), defeated the US another time in the United Nations Security Council (UNSC)."

US resolution to extend Iran arms embargo obtained only two votes in favor – the United States and the Dominican Republic. Russia and China voted against the measure, and the other 11 council members abstained. A resolution needs at least nine positive votes and no vetoes to be adopted.

Iran's representative to the United Nations, Majid Takht Ravanchi said: " Today's vote not only thwarted the US project to extend the arms embargo on Iran but also demonstrated the acceptability of the international community's involvement in abusing UNSC 2231, which seeks to use the trigger mechanism. This vote showed the isolation of the United States in using this mechanism."