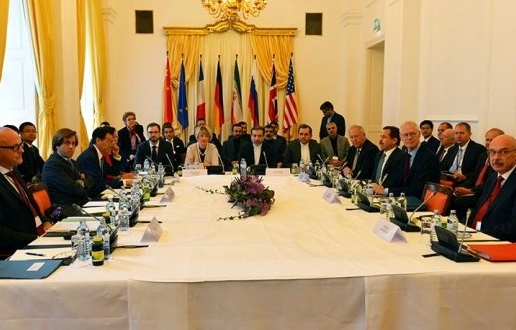 Representatives of the EU, Germany, France, Russia, China, the UK, and Iran are taking part in the meeting.

Schmid wrote on her Twitter account on Tuesday, “In Vienna to prepare first JCPOA Joint Commission of 2020, to continue to oversee the implementation of the agreement.”

She added, "We have a collective responsibility to preserve the Iran Deal."

Although the three European members of the deal have requested to activate the dispute resolution mechanism of the deal, the Wednesday meeting does not pertain to issue.

Iranian Foreign Ministry spokesman Abbas Mousavi said that the Wednesday meeting of the 2015 nuclear deal's Joint Commission would be an ordinary session and has nothing to do with E3's dispute resolution mechanism.

Ignoring all their JCPOA commitments, France, Germany, and the UK tried to exploit the dispute resolution mechanism and force Iran to be loyal to all its commitments.

Iran has repeatedly announced that if it enjoys the interests mentioned in the international agreement, it will go back to its commitments.