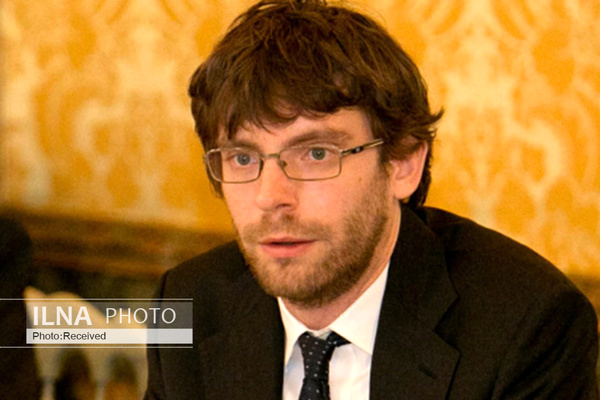 Speaking to ILNA news agency in an exclusive interview, he added that If Iran goes forth with the fourth calculated step away from the JCPOA in November there is a very serious risk that the whole nuclear agreement will collapse. The analyst of international affairs believes that Of course Iran can look to China and Russia, but I do not believe either of these countries are particularly attractive to Iran and Iranian society, and it is also true that both Russia and China will pay more attention to their bilateral relationships with the US and Europe than with Iran. This puts Iran in a very uneasy position.

Q: What is your analysis of recent tensions in the Persian Gulf, Red Sea and broader Middle East, is the risk of a direct conflict with Iran still present?

A: The recent spate of attacks targeting oil infrastructure in the Persian Gulf and Strait of Hormuz area – particularly in Saudi Arabia and the United Arab Emirates (UAE), but also and more recently targeting an Iranian Oil tanker in the Red Sea – are extremely worrying. Taken together, they signal, yet again, how the US’s decision to withdraw from the 2015 Iranian Nuclear Deal (or JCPOA) without a concrete understanding of the implications or a real actionable strategy to pursue in its wake has catapulted a heightened security crisis in the region, one in which a direct military conflict, either by design or miscalculation, cannot be ruled out.

Having said that it is clear that all actors involved do not want a direct military conflict, and indeed the US had hoped that economic warfare and sanctions would have been enough to force Iran to re-negotiate a broader deal with the US and its regional allies.

The sanctions and policy of maximum pressure has harmed Iran and in particular Iranian society and economy, but has not lead to a change of calculus among Iranian leaders. Iran has now demonstrated its military capabilities, both via proxy and directly, and has in a way turned the tables on the US and its allies. The major attack on Saudi Arabia’s oil processing facility – independently from where the attack originated and Iran’s direct or indirect involvement – had two clear objectives.

Q: What is Europe’s role and what can we expect if Iran completes its promise to further reduce Iranian compliance with the JCPOA?

A: Iran has thus far announced partial suspensions of certain dimensions of the JCPOA on three separate occasions, promising a fourth step on 7 November 2019. After each of these announcements, European states, and in particular those states – France, the UK and Germany – which negotiated the JCPOA deal, criticized Iran’s actions, warning that further steps would risk further sanctions and put Europe in an impossible position in terms of continuing their abidance with the JCPOA. If Iran goes forth with the fourth calculated step away from the JCPOA in November there is a very serious risk that the whole nuclear agreement will collapse, Europe will withdrawal and international ‘snap-back’ sanctions will be re-imposed, causing further hardship to Iran and Iran’s economy, while depriving Tehran of the argument that it is the US, not Iran, who has violated the agreement.

A collapse of the agreement must be avoided and while it is true that Europe has been slow to act in terms of providing Iran with sanctions relief, trade and oil exports, it is also true that Europe remains Iran’s best hope for achieving at least some of these economic and political benefits originally included in the JCPOA. Of course Iran can look to China and Russia, but I do not believe either of these countries are particularly attractive to Iran and Iranian society, and it is also true that both Russia and China will pay more attention to their bilateral relationships with the US and Europe than with Iran. This puts Iran in a very uneasy position. Instead of further escalating its non-compliance with the JCPOA in November, Iran should demonstrate its openness for dialogue with Europe and even the US if certain conditions are met and gradually develop a diplomatic way out of the current escalation. But In this respect, it should also realize that Turkey’s military incursion into North-Eastern Syria will be keeping many European states occupied with the expected fallout, and also the US will likely be focused on Syria and Turkey over the next weeks.

Q: Is there a chance Iran to negotiate with President Trump?

A: According to recent media sources, the US and Iran were very close to at least holding a phone conversation on the sidelines of the recent United Nations General Assembly gathering in New York last September. The phone conversation was organized by French President Macron and was based on an agreement by which France would have provided a one-off offer of sanctions relief to Iran to buy more time for negotiations and diplomacy. For his part, President Trump had reportedly been open to consider an eventual lifting of the US sanctions on Iran after diplomacy and negotiations got underway, while Iran expected these sanctions to be removed before talks could take place.

While the phone conversation never took place and the agreement fell through, this is an indication that there is still room for talks and that the positions of the various actors are not unbridgeable. However, what are really getting in the way of negotiations are personal egos and the domestic political realities in the US, Europe, the region and in Iran. Taken together domestic political realities are preventing leaders from de-escalating and embracing diplomacy out of a fear of losing domestic support, breaking electoral promises or simply losing face against political opponents and political supporters alike. This is why the situation remains very dangerous and again, my advice is for Iran to demonstrate strategic foresight and extend its promise to further limit compliance with the JCPOA from November 2019 until at least January 2020, faming it as a return to ‘strategic patience’ after it has consolidated its negotiating position and reminded regional and international actors of its capabilities and the costs of a conflict.

Q: Do you think tensions in the Middle East will decrease?

A: The recent attack on an Iranian oil tanker in the Red Sea is particularly worrying. Iran has not yet assigned blame for the attack and we know very little about the dynamics. In this respect, I think Iran’s reaction has thus far been very intelligent in not assigning blame to this or that actor. The attack is obviously meant as a message to Tehran and is a reaction to the recent attacks carried out by Iran or its proxies in the region. But Iran should not fall for the trap of mutual and reciprocal escalation. That phase is now behind us we hope and Iran has achieved much of what it hoped to achieve by demonstrating its military capabilities in a measured and calculated way. Let us not forget that regional states that are allied to the US may have different calculations compared to Washington and may therefore have an interest in returning the region to the brink of war.

Again, therefore, the best means now to avoid such as scenario is for Iran to demonstrate that when it is engaged and treated fairly by international actors it is able to use its influence and leverage in the region to promote stability and negotiated solutions to regional conflicts and tensions. This is the best means to counter the image promoted in some quarters of Iran being simply a irrational or dangerous actor bent on regional domination. While Iran’s regional policies are very troubling in a number of domains – particularly in Syria – it is also true that all regional (and some international) actors have contributed to the security breakdown and that any resolution of these conflicts and crises require the active participation and engagement of Iran. This should be the strategic objective guiding Iran’s relationship with Europe and the US over the coming months.