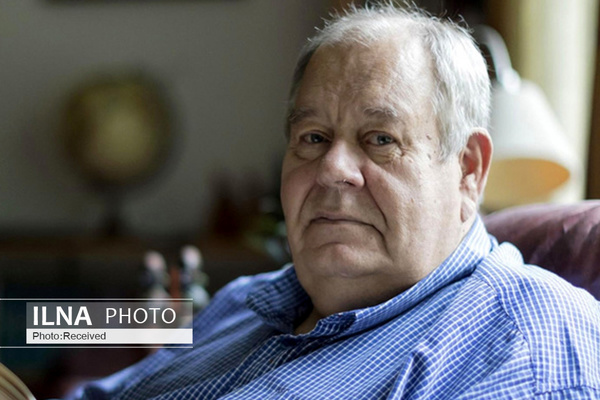 Speaking to ILNA news agency, referring to probable negotiating between U.S. and Iran official, he said "Might the negotiating with U.S. president has a result or not, is minor question because we cannot trust that Donald Trump and his administration will respect it or anything else."

"The European possibilities to have a strong oppositional answer to USA actions is limited and discreet, because our governments are rather weak and prefer to have a common answer within EU without too much offending the Trump regime."

"Still personally, I am happy that Europe is showing an oppositional line to Trump administration, this has a symbolic meaning," the political science professor said.

"The political, economic and social consequences of war and chaos in the region would be catastrophic for all the Middle-Eastern and European stakeholders. In the short run, their consequences for the U.S. would be less immediate because of the geographical distance, but even more serious on the long run when they will lose more profoundly their image as a decent country."

He added that we do not know yet what will be the concrete impact of the INSTEX, the European Special Purpose Vehicle in order to bypass an important part of the USA sanctions.

"United States of America has today a difficult position in the world. Because of its unpredictable president and administration that many multilateral rules of international relations have been fragilized. This means that the U.S. is losing its international importance because many main players can no more trust on him."

Tuomo Melasuo continued that U.S. cannot live with international multilateral treaties and organizations such as the Paris Treaty on Climate, the International Criminal Court - ICC, or the European Union - EU.

"In this situation, the solution lies in different efforts to reduce those tensions, if you cannot simply get rid of them. This means also that responsible countries should be able to start a process of confidence building even with their “declared enemies”.

The international analyst said that special efforts should be done on local “unnecessary conflicts” like the one in Yemen, or concerning turbulences for maritime transportation in the area. This also means that local actors clearly signify to “Great or Super Powers” that everything is not possible and neither acceptable.

"They invited Iran to respect the 2015 nuclear deal and remain within the framework of those accords, JCPOA, the Joint Comprehensive Plan of Action. Iran has also remain modest and reasonable, the increase of enrichment from 3,67 to 4,50%, and the increase of 300 kg storage by 2 kg are more symbolic than anything else".

He added that so these are political signs and messages towards international community, to neighbouring countries and also to Iranian citizens trying to tell these stockholders that Iran is not happy with the return of the sanctions and that she has the capacity to react.

"However, Iran does not need nuclear weapons, I hope and I believe that also the political leaders understand this. Nobody needs nuclear arms in today’s world," Melasuo confirmed.

He said "First time since eternity, the European democratic countries tried to ally themselves with Iran in order to resist the Trump administration. This is something important, even historical, and might in a long run re-enforce the 2015 accord and produce ways to commerce with Iran. Today this is not just a political discourse, but Europe really tries to form a common front against Trump’s administration in order to protect Iran".

"This also shows that confidence is something extremely important in issues concerning nuclear arms. Our minister of foreign affairs, Mr. Pekka Haavisto put emphasis on this today (15.7.2019) when stating that Finland will continue to commerce with Iran," the professor said.

"For Europe, all this shows that we need to strengthen our foreign policy independence and create our capacities to apply it. The still modest INSTEX might be the beginning of the more autonomous Europe in international economy and politics. Let us hope that Europe will be able to turn these approaches into the strategic tools and goals."

Melasuo said that in the world, the U.S. is the only country, which has used nuclear weapons and we do not have any guarantee that it does not do it again. That is why it would be important to start to debate with that country how it would pay for Hiroshima and Nagasaki, which remain open wounds in the mind of human kind. Otherwise, the U.S. cannot be understood as a normal country.

"Of course, all these are very general options and they offer very little to the acute important needs of Iran and Iranian citizens. However, on the long run they might contribute to general improvements of international perspectives."

He said "Still we should be able to propose something much more concrete and immediate for easing Iranian living conditions."