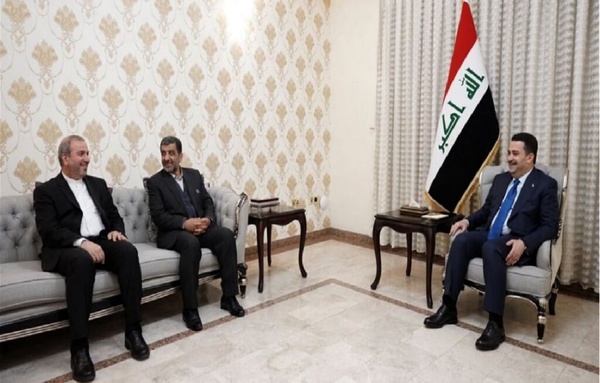 The meeting between Al Sudani and Zarghami was held Sunday afternoon in the presence of Iran's Ambassador to Baghdad Mohammad-Kazem Al Sadegh, the statement added.

The two sides called for expansion of cooperation in ancient monuments, cultural heritage, and the exchange of experiences.

The media office also noted that the Iraqi and Iranian officials exchanged views on coordination in terms of religious tourism and providing each other's citizens with appropriate services.

The Minister of Cultural Heritage of the Islamic Republic of Iran arrived in Baghdad Saturday night with the aim of participating in the Ancient Civilizations Forum. Zarghami was officially welcomed by Deputy Secretary General of Iraq's Council of Ministers Farhad Nematullah Hossein as well as Iranian Ambassador to Iraq Mohammad-Kazem Al-e Sadegh.

The sixth Ancient Civilizations Forum kicked off in the presence of representatives from Iran, Iraq, Greece, China, Egypt, Italy, Peru, Bolivia, Armenia, and Mexico at the Babylon Rotana Baghdad Hotel.

The two-day gathering aims to consolidate interactions and exchange of views among different nations and cultures to protect world heritage and pay heed to historical and cultural tourism in order to develop a sustainable economy.