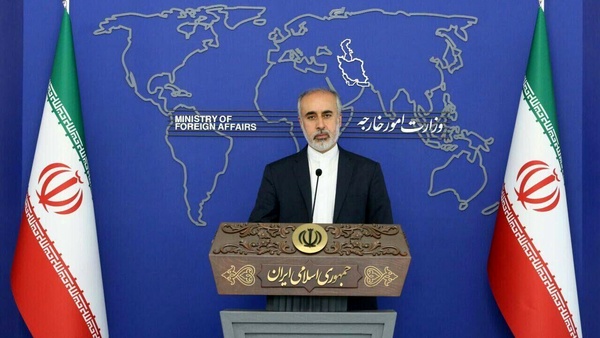 Kanaani wrote on his Twitter account on Wednesday that there is a shameful paradox that the official spokespeople and high-ranking authorities of a government that wanted to bring the Iranian people to their knees by use of “crippling and destroying sanctions” as well as “maximum pressure” today claim to be a supporter and sympathizes this nation!

More paradoxical than the issue is that the Western media outlets provoke destruction and street clashes in Iran, while they chant the motto of “life” for the Iranian people, the spokesman criticized, adding that the hypocrisy of the main enemy of Iran is endless.

Earlier, he censured intervening comments made by European and American officials on recent riots in Iran, writing that the enemies’ cognitive war and hybrid warfare against the Iranian nation will undoubtedly be recorded beside their hundreds of abject failure cases and that the foes’ approach towards the Islamic Republic and the Iranian nation has always been a combination of hypocrisy and double standards.

In the recent riots in Iran, political leaders in the US and certain European states as well as Western-backed Persian opposition media have tried to misuse a sad incident and resorted to the slogan of supporting the Iranians’ rights with the aim of backing rioters, while the Western enemies ignored the massive presence of millions of Iranians, who poured into streets to show support for the establishment and to oppose the unrest.

Those who claim that they want to support Iranians’ rights had better put aside their fake slogans and stop decades-long cruel and inhumane sanctions.