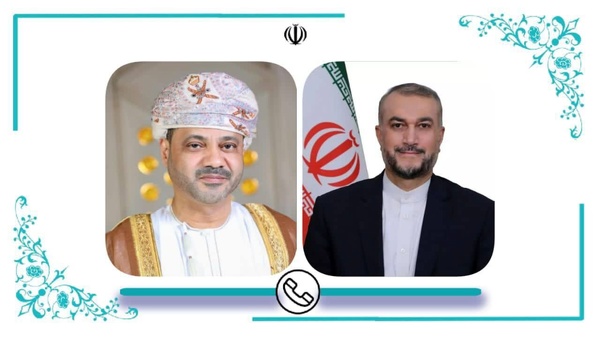 Iranian Foreign Minister Hossein Amirabdollahian in a phone talk with his Omani counterpart said that Iran favors regional talks and cooperation and it is the regional nations who should decide about the region’s future.

Hossein Amirabdollahian in his phone talk with Badr Albusaidi exchanged views on bilateral relations, as well as regional and international issues of mutual interest.

The Iranian foreign minister said he believes Tehran and Muscat are both quite determined to expand and deepen comprehensive bilateral relations, stressing that the various dimensions of reached agreements during President Raisi’s visit to Oman need to be implemented.

Amirabdollahian said that role played by Oman in regional developments is quite essential, appreciating that country’s efforts aimed at establishment of peace and stability in the region, including Oman’s efforts to harbinger peace in Yemen.

Oman's foreign minister, too, said in the phone talk that the new Iranian government’s approach on expansion of relations with regional countries is important, reiterating that Oman is serious in pursuing the bilateral agreements reached during the Iranian president’s visit to Oman.

Amirabdollahian and Albusaidi also surveyed the latest status of Iran’s talks with world powers aimed at removal of the unjustly imposed anti-Iran US sanctions.