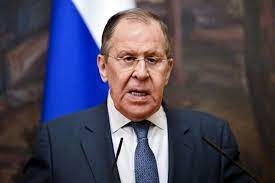 Russian Minister of Foreign Affairs Sergey Lavrov is going to pay a visit to Iran within the next few days, the spokesperson for the Iranian Foreign Ministry said.

Iran is going to host Russian Foreign Minister Lavrov on the weekend, he added.

The spokesman also unveiled plans to enhance cooperation with Russia in issues relating to Eurasia and the Caucasus region.

Describing the trip as a milestone in the promotion of ties between Tehran and Moscow, the president had said cooperation and dialogue between the two states would contribute to regional security.