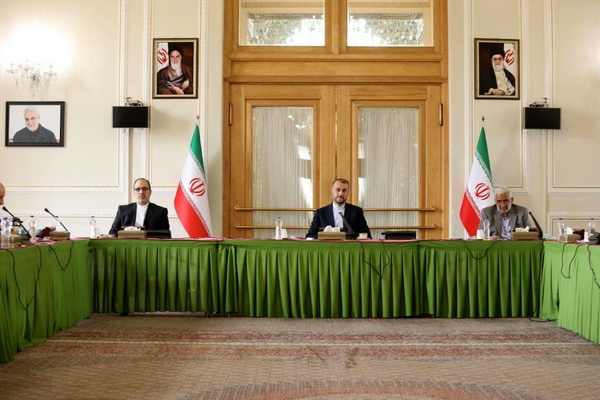 Iranian Foreign Minister Hossein Amir Abdollahian said that Iran will continue to support the Resistance and the struggle of the Palestinian people for liberation.

Amir Abdollahian made the remarks in a meeting with a group of political leaders and officials from Palestinian and Lebanese groups participating in the 33rd anniversary of Imam Khomeini's demise in Tehran.

Stressing that the issue of Palestine and Quds has a special and strategic position in Imam Khomeini's thought, he said that Imam Khomeini considered Palestine the first priority of the Islamic world.

Referring to Iran's full support for the Palestinian resistance, he noted that the Islamic Republic of Iran, despite all pressures, will not back down from its principled position.

He described the actions of some Islamic countries in establishing and normalizing relations with the Zionist regime as a betrayal of the Palestinian cause, saying that these countries would regret their actions.

He said that the basic solution to the Palestinian issue is the return of refugees and the holding a referendum among the original inhabitants of this land.