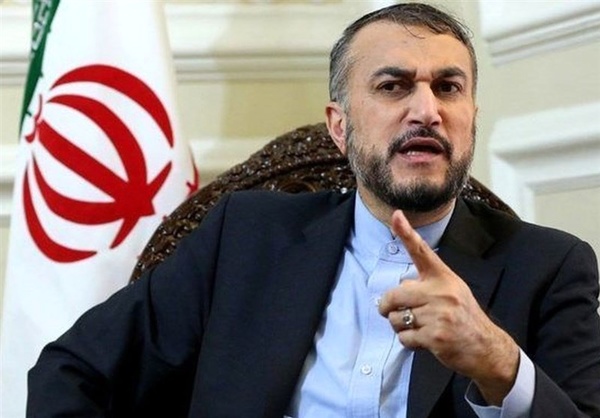 Iranian Foreign Minister Hossein Amirabdollahian warned the parties seeking to submit an anti-Iran resolution at the IAEA Board of Governors meeting that they will have to take responsibility for the consequences.

In a post on his Twitter account on Monday, the Iranian foreign minister pointed to his recent talks with the European Union foreign policy chief, Josep Borrell, about the Vienna talks on removing the sanctions against Tehran and how to proceed with the negotiations.

“Those who push for anti-Iran resolution at IAEA will be responsible for all the consequences,” Amirabdollahian warned.

“We welcome a good, strong and lasting agreement. It's within reach if US/E3 are realistic,” the top Iranian diplomat reiterated.

In a telephone conversation with Borrell on Friday, Amirabdollahian deplored the recent move by the US and the three EU states –the UK, France and Germany- to prepare a draft resolution against Iran for submission to the International Atomic Energy Agency.

He had decried the preparation of the resolution as a hasty and unconstructive measure that runs counter to norms of diplomacy, saying it will make the process of negotiations more complicated and difficult.

On Thursday, US State Department Spokesman Ned Price said Washington will join European powers to submit a resolution calling on Iran to “fully cooperate” with the IAEA.

The draft has yet to be formally submitted for the meeting of the IAEA’s 35-nation board which starts on Monday. Board members could adopt it unopposed or put it to a vote, but the draft is likely to be adjusted before it is submitted.