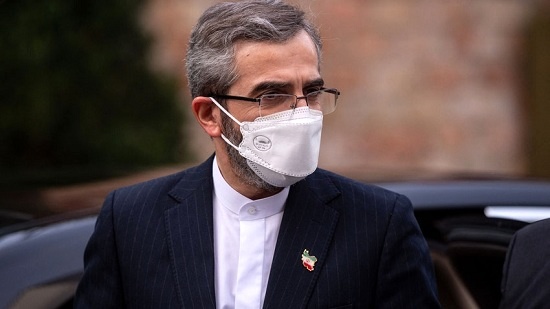 Iran's top nuclear negotiator Ali Bagheri Kani said reaching an agreement which entails removal of anti-Iran sanctions is the key to success of the eighth round of the ongoing JCPOA talks in Vienna.

Talking to Iranian correspondents here after conclusion of the eighth round of Joint Commission of the Joint Comprehensive Plan of Actions (JCPOA) on Monday,  Bagheri said that almost all countries participating in the meeting emphasized the priority of lifting the illegal and oppressive sanctions against Iran.

It was also decided expert and joint meetings to be held as of next morning will focus on the issue of lifting sanctions, he added.

Bagheri Kani referred to progress made in the previous round of talks in Vienna, Austria, to lift anti-Iran sanctions and revive the 2015 nuclear deal, adding that the Iranian negotiating team is completely serious and ready to continue the Vienna talks.

The eighth round of talks for lifting anti-Iran sanctions kicked off on Monday evening local time, when Iranian top nuclear negotiator and the European Union’s representative in Vienna talks Enrique Mora co-chaired the Joint Commission meeting of the Joint Comprehensive Plan of Action (JCPOA).

In the meeting, which has been held at Palais Coburg in Vienna, delegations from Iran, the European Union and the P4+1 group (Britain, France, Russia, China plus Germany) took part and discussed way of continuation of talks.

All negotiating teams pointed to progress made at the seventh round of the Vienna talks, underlining the need for keeping on with intensive negotiations.

The delegations also hinted to the fact that most Iranian proposals have been mentioned in a new joint document for the eighth round of talks.

At the end of Monday’s Joint Commission meeting, the negotiating teams agreed upon carrying on negotiations at different levels and formats.