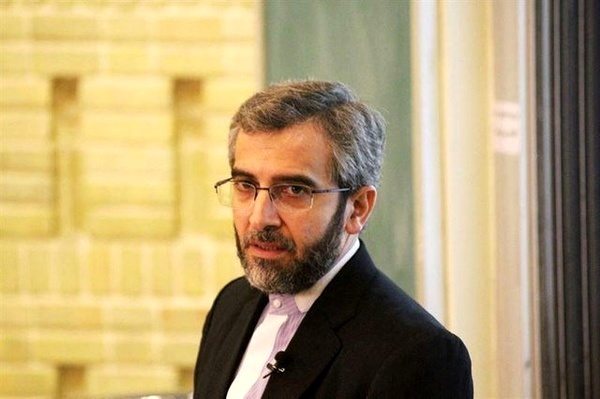 Iran's top nuclear negotiator Ali Bagheri Kani in a message stressed the fact that some actors persist in blame game habit, instead of real diplomacy.

"Some actors persist in their blame game habit, instead of real diplomacy," Bagheri Kani wrote in his Twitter account.

"We proposed our ideas early, & worked constructively & flexibly to narrow gaps; diplomacy is a 2 way street," he added.

"If there's real will to remedy the culprit's wrongdoing, way for quick good deal will be paved," he noted.

Certain Western media claimed that the second phase of the seventh round of talks in Vienna, Austria, to discuss lifting sanctions and nuclear issues is coming to a halt, while an informed source close to the Iranian negotiating team ruled out the claim, saying that the delegations continue discussions on Iran's proposals.

The source also noted that the European trio insist on their excessive demand; therefore, the talks are continued in a slow pace, but the negotiations have not come to a halt.

It seems that such a propaganda campaign is aimed at putting pressure on the Iranian negotiating team to succumb to the demands proposed by the West, which are not related to the contexts of the 2015 Iran nuclear deal.