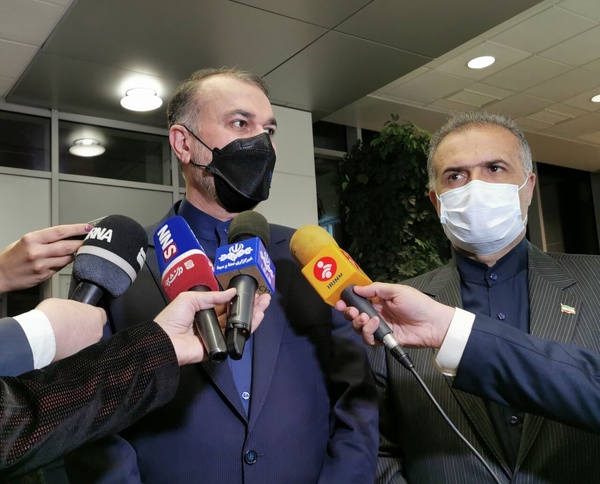 Upon his arrival in Moscow Amirabdollahian said in a meeting with the media representatives that "we expect Russia to react to probable changes in countries’ borders in the region and be sensitive about such matters".

"It is also expected that Russia will be sensitive about the presence of the terrorists and the intriguing moves of the Zionists in the region, which are both threats against regional peace and stability," he added.

The foreign minister said that besides this visit Tehran and Moscow are continually and through diplomatic and telephone calls exchanging viewpoints on various issues of mutual interest.

"The Iranian and Russian presidents had two phone talks and President Putin had sent his high ranking representative to attend President Raisi’s inauguration ceremony in Tehran," he added.

Amirabdollahian said that keeping in mind the Iranian Embassy’s efforts in recent months in Russia the ground is quite paved and this visit will therefore have achievements aimed at taking a long and comprehensive stride forth in bilateral ties.

"Keeping in mind the status in the south Caucasus region and Afghanistan, we are going to have serious negotiations,” he said.

Amirabdollahian said that Tehran and Moscow policies have been very close to each other during the recent years and in the field of mutual interests good, harmonized and constructive moves have been made.

“We hope this potential will be further improved in all sections to ensure regional security,” he said.