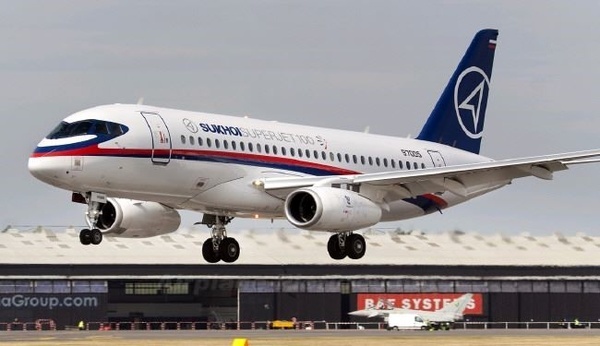 Plans to use Sukhoi Superjet 100 aircraft in Iranian airlines have been put on hold for now because the Russian planemaker has failed to receive a US license for sales to the Islamic Republic, an official say.

“However, it appears that due to the lack of license issued by OFAC (the US Treasury's Office of Foreign Assets Control), the arrival of the planes is out of question for now,” he told.

Superjets have more than 10 percent in American parts, the threshold for needing US Treasury approval. Russian officials had said Sukhoi was working on reducing the number of US parts in order to win an Iranian order for up to 100 aircraft.

However, the state-owned Russian company “was unable to do that,” Samani said, adding the replacement of American parts would probably be time-consuming.

Sukhoi Superjet 100 is the first newly-designed passenger aircraft built by Russia since the fall of the Soviet Union, and is aimed at challenging Canada’s Bombardier and Brazil’s Embraer in the regional airliner sector.

The aircraft, with a capacity of 68-103 passengers, was developed in partnership with Boeing and Italy’s Finmeccanica.

Last month, head of the Civil Aviation Organization Ali Abedzadeh said Iran needed some 500 planes, with Superjets being on its radars.

IranAir had ordered 100 from Airbus, 80 from Boeing and 20 from Franco-Italian turboprop maker ATR, but the US Treasury revoked licenses for their sales after President Donald Trump pulled the US out of the 2015 Iran nuclear deal in May.

Only 16 aircraft were delivered – 13 by ATR and three by Airbus - before the licenses were withdrawn.