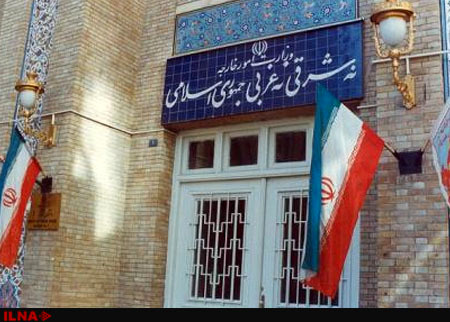 Iranian Foreign Ministry released an updated list of American entities sanctioned by Iran for involvement in a 2020 US assassination of Iran's anti-terror General Qassem Soleimani.

The Foreign Ministry updated the sanctions list in accordance with the implementation of a law for countering the breaches of human rights and US adventurist and terrorist actions in the region.

In the new sanctions list, some other American entities have been placed under sanctions to be added to the previous list which included some senior members of the former US administration – such as former President Donald Trump, former National Security Advisor John Bolton, former Secretary of Defense Mark Esper, former Director of the Central Intelligence Agency Gina Haspel, former Acting Secretary of Defense Christopher Miller, former Secretary of Treasury Steven Mnuchin, US Ambassador to Baghdad Matthew Tueller, US Deputy Chief of Mission in Baghdad Steve Fagin, and US consul-general in Erbil Rob Waller.