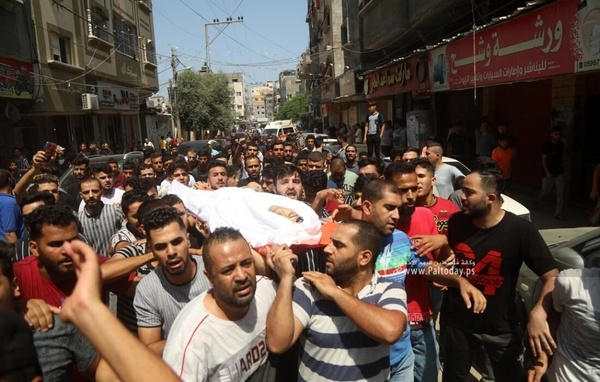 The Palestinian prime minister called for an international investigation of the killing of five Palestinian children in the recent Israeli aggression on the Gaza Strip.

Recognition of the Jabalya massacre by the occupying regime has put to test the reliability and seriousness of international courts and human rights entities in dealing with this crime, Mohammad Shtayyeh said in a statement on Tuesday.

The massacre committed by the occupation army during the recent aggression against the Palestinian people in Gaza is added to the Zionist regime’s criminal record in international courts, Shtayyeh added.

He warned that the failure of international legal and human rights institutions in taking justice measures to ensure that the perpetrators wouldn’t go unpunished means that other crimes will be committed.

The Palestinian prime minister called on the United States and the European Union to condemn the crime and stop making statements on the occupation’s right to self-defense.