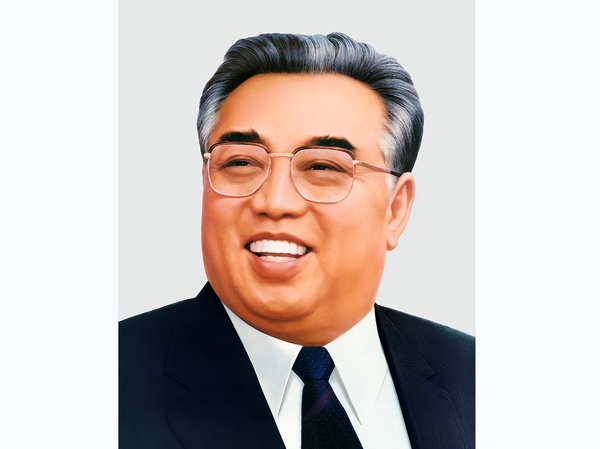 Kim Il Sung (1912-1994), eternal President of the Democratic People’s Republic of Korea, was a great man born of the 20th century.

Everyone, be he a statesman or a commoner in the East or West, was attracted to him at first sight. What was his charisma?

What was most impressive about President Kim Il Sung was a smile as warm and bright as the sun.

His shaking hands with people and hugging them with a warm and accommodating smile on his face made them feel human ties with him being formed at the moment. With a smile filled with good will and human feeling, he made their hearts radiant, and with an open heart and magnanimity, he would read even their inmost thoughts.

Josip Broz Tito, President of former Yugoslavia, who was an outstanding statesman in the Non-Aligned Movement and famous for being too self-respecting, once said that he had met heads of state of many foreign countries, but it was only Kim Il Sung whom he came to understand and got intimate with so quickly.

Stephen Solars, chairman of the Asia and the Pacific Subcommittee of the House Committee on Foreign Affairs, who visited Pyongyang as the first politician of the United States, a country hostile towards the DPRK, and met President Kim Il Sung, said to the reporters: I talked with President Kim Il Sung for about four hours; he said always wearing a smile on his face, and I got an impression that he is a tender-hearted man.

All those, who met President Kim Il Sung, said that they felt quite free in front of him.

Though he enjoyed high prestige in the international arena, Kim Il Sung approached all people unreservedly without any authority, prejudice and formality. Going far beyond diplomatic convention, he would meet them in a family atmosphere, inquiring after their family members, and approach those whom he was meeting for the first time as friends and old acquaintances of his own. His talking, full of humour, episodes and interesting stories, made the atmosphere congenial, pulling down the barriers of border, political view and religious belief.

Selig Harrison, who met Kim Il Sung in May 1972 as a research fellow at the Carnegie Endowment for International Peace, said: President Kim Il Sung accepted my questions in a quite easygoing manner, was cooperative and answered the questions in terms easily understandable; he was a tender-hearted man, possessed of the power of attracting people.

It was the same case with former US President Jimmy Carter, who visited Pyongyang in June 1994. He said: My talk with President Kim Il Sung went well as he was modest and unreserved.

It seemed as if President Kim Il Sung was born with warm human feeling.

Luise Rinser, a German author, had met heads of state and statesmen of many countries, but she said that the one that she really empathized with was only President Kim Il Sung of the DPRK. She was attracted to him as he approached her as an old acquaintance of his own and said that she was his long-time comrade-in-arms who had fought on the anti-fascist front. Out of her aspiration after truth and respect for the DPRK leader, she visited the country for 11 times between 1980 and 1992, meeting him 45 times. Former Portuguese President Gomez, Great King Norodom Sihanouk of Cambodia, US evangelist Billy Graham and many other foreigners had friendly relations with Kim Il Sung.

The root of the force that attracted the world to President Kim Il Sung, who made tireless efforts for the independence and peace of the world until the last days of his life was his human feeling of embracing all the people without any discrimination.