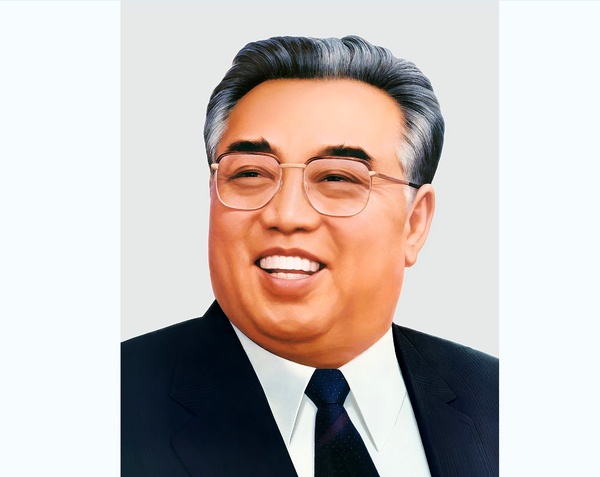 Since, the Korean People’s Army has travelled the glorious road resplendent with victory as it has brilliant Songun commanders.

Under the Leadership of President Kim Il Sung

Kim Il Sung expounded the principle of the Songun revolution, also the core of the idea of attaching importance to force of arms and military affairs, that a country and its people can defeat the armed imperialists, win victory in the revolution and carve out their destiny independently only when a revolutionary army should be built up above anything else.

By advancing such an original Songun idea and embodying it, he founded the Korean People’s Revolutionary Army (KPRA) on April 25, 1932, and thus paved the way for the Songun-based leadership. Under his command the KPRA fought the Japanese imperialists under difficult conditions without any support from a state or a regular army, and finally achieved Korea’s liberation on August 15, 1945.

After the liberation he put forward an army-building policy of developing the KPRA into the regular armed forces and wisely led the effort. In this way, the KPRA was reorganized into the Korean People’s Army (KPA) on February 8, 1948.

Thanks to his sagacious leadership, the young KPA could repulse the allied imperialist forces led by the United States who had been boasting of being the “strongest” in the world during the Korean war (1950-1953), thus safeguarding its country’s freedom and sovereignty with honour.

Under the Care of Chairman Kim Jong Il

The Chairman was a peerlessly brilliant Songun commander who was identical with the President in respect of remarkable military acumen and adroit stratagem. He was endowed with an extraordinary insight with which to penetrate into covert essence within overt phenomenon and an outstanding foresight to take precautionary measures for the forthcoming developments in the military situation however trifling a change was. This is how the KPA has developed into an invincible strong army that is equipped with powerful and modern military hardware, both offensive and defensive, and that no formidable enemy dares to attack.

His stratagem featured by perseverance, quick decision and adroitness secured the DPRK fundamental guarantees for emerging ever-victorious in the military confrontation with the US, a self-styled “sole superpower.” During his ceaseless inspection tours of army units he, with a keen insight into the prevailing situation, unfolded adroit and superb plans of operations and taught the army men the strategies and tactics to annihilate the enemy at a stroke.

Whenever the US provoked confrontations with the DPRK in the postwar years by producing incidents of the Pueblo and the EC-121, a US armed spy ship and plane that had intruded into the latter’s territorial waters and airspace in the 1960s, the Panmunjom incident in the 1970s and fierce conflicts over nuclear issues in the 1990s and the early 2000s, it was the Korean side that always triumphed. The credit went to his far sighted and unusual wisdom and outstanding stratagem as befits the great Songun commander who penetrated the prevailing situation and its developments to take countermeasures and strike vital points of the enemy to bring them to their knees.

Under the Command of Supreme Commander Kim Jong Un

Kim Jong Un, Supreme Commander of the KPA, is now giving his energetic Songun-based leadership, raising its military power to an unprecedented level. Blessed with unexcelled military wisdom, He has developed in depth the Songun idea and military strategic lines of the President and the Chairman, and always takes the initiative in the acute showdown with the US, winning one victory after another. Ceaselessly making inspection tours of army units, he advances singular operational plans for the services, arms and special corps to the wonder of military experts and foils the machinations of the US and other hostile forces to stifle the DPRK, securing its status as a nuclear nation. He is, indeed, a brilliant military commander and a peerless strategist.

He is now recognized as the leader with matchless courage and pluck in the world political arena.

Having declared his iron will to remain invariable on the road of independence, the road of Songun and the road of socialism, however the world may change, he is never scared of formidable enemy and scathingly responds to their tough measures with his tougher ones. It is a clear testimony to his strong courage and pluck that he inspected frontline posts in a hair-trigger situation when the enemy were in the throes of a large-scale war game and called a meeting of pilots in grand style with the territorial airspace open.

His leadership art inherited from his predecessors is mainly featured by the ennobling will and benevolence with which he reads the ideas and feelings of the service personnel and always wins by dint of their single-minded unity. Under his command, all the KPA men and officers have prepared themselves to be ones incomparably strong in ideology and well-versed in military techniques.

Only victory will be in store for the KPA led by the great Songun commanders through generations.