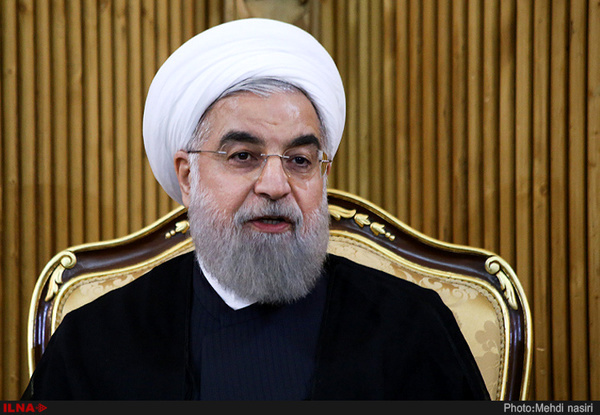 Speaking at a meeting of the cabinet on Wednesday, Hassan Rouhani reacted to the recent remarks by the US officials regarding Iran's oil cargo sent to Venezuela and said: "In addition to the spread of a contagious disease, we also face severe sanctions. The Americans also want to interfere in the normal trade between Iran and a friendly country in carrying an oil product, and this is something that has nothing to do with them and is not compatible with any law."

The Islamic Republic of Iran has sent five fuel tankers to support the Venezuelan government and people, which are under US economic sanctions. The Iranian tanker Petunia crossed the Caribbean Sea earlier on Tuesday, following the same route as vessels Fortune and Forest. The Fortune arrived on Monday at a port serving PDVSA’s El Palito refinery.

The President congratulated the Iranian people on Eid al-Fitr, saying: "In these months, along with the difficulties that existed with the people, but unity, cooperation, support of the people, self-sacrifice and devotion of the country's medical sector and the presence of the armed forces to help the people had many positive effects and improved Iran's position in these conditions."

Referring to the achievements of the medical staff, the support of the people, the country's management, and the presence of producers in various sectors in recent months, Rouhani said: "Today, there has been a great development in cyberspace and we have strong cyberspace in the country. This makes it easy for us to do our business without leaving home, including banking and shopping."