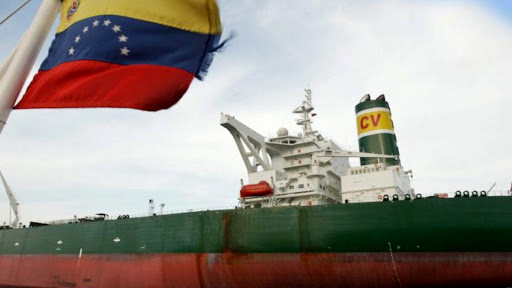 This is the first out of five Iranian oil tankers that have docked at the northern Venezuelan beach despite the US warnings and sanctions.

Satellite images show that the Iranian tanker named "Fortune" is completing its berthing operation while being helped by two Venezuelan tug boats at El Palito refinery.

The second Iranian tanker named "Forest" has already arrived in the Caribbean Sea.

Three other Iranian oil tankers are "Faxon", "Petunia" and "Clavel" that are passing Atlantic Ocean to reach Venezuela.

Later, Venezuelan President Nicolás Maduro thanked Iranian support, stressing that Caracas and Tehran are both after peace, and have right to do free trade.

Maduro has described both Venezuela and Iran as revolutionary nations that will not bow down to the US empire.