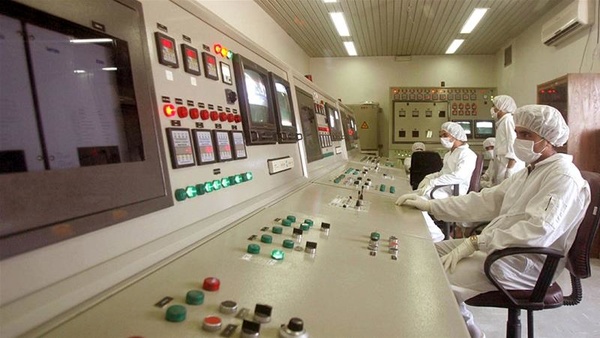 Iranian Foreign Minister Mohammad Javad Zarif referred to implementation of the Instrument in Support of Trade Exchanges (INSTEX), saying based on the schedule Iran has gone beyond 300kg enriched uranium.

Speaking to reporters, Zarif said Tehran had earlier announced that Europeans' measures were not enough and Iran will implement its program regarding enriched uranium.

The first step has been taken regarding enriched uranium and heavy water reservoirs; he said, adding that the next step on maximum 3.67% will also be implemented.

‌In Iranian President Hassan Rouhani's letter European leaders it was explicitly mentioned that if Europeans comply with their commitments, Iran's measures will be reversible.

But if they do not take necessary measures, Iran will act based on article 36 of the JCPOA.

Describing Article 36 as guarantee for implementation of Iran nuclear deal, Zarif urged Europe to take measures for protecting the deal by providing guarantees.

Elsewhere in his remarks, Iranian foreign minister referred to INSTEX as a preliminary step for implementation of commitments and Iran should see the results of the European acts.

After US withdrawal from the JCPOA and implementation of the article 36 by Iran, European has 11 commitments none of which was INSTEX.

INSTEX was a prelude to implementation of the commitments, he reiterated. They also promised to guarantee Iran oil sale, but they did not do so, Zarif said.

Earlier, commenting on the implementation of the Instrument in Support of Trade Exchanges (INSTEX), he said its strategic value is that the US' closest allies are distancing themselves from the US maximum pressure against Iran.

Today Iran has to stand against the US economic sanctions through domestic production and relying on national potentials, he said.

Zarif expressed hope for Iranian businessmen to respond firmly to ill-wishers and the US.