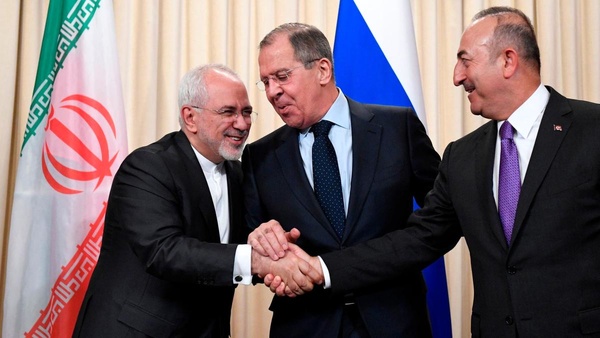 Turkish President Tayyip Erdogan said leaders of Iran, Russia and Turkey would hold a summit in July to discuss developments in Syria.

Turkish President Tayyip Erdogan made the remark on Monday while speaking to reporters after the G20 summit in Japan, NTV said.

He was also quoted by NTV as saying that it was “never possible” for Turkey to positively consider the $50 billion US peace plan for the Middle East.

The White House on Saturday unveiled the details of the economic portion of Trump’s deal, which would inject $50 billion into struggling economies in the Middle East over the next ten years.

Under the document, dubbed “Peace to Prosperity,” over half of the funds ($28 billion) would go toward the West Bank and the Gaza Strip and the remaining to Jordan, Lebanon and Egypt, which have absorbed Palestinian refugees.

Palestinian Finance Minister Shukri Bishara has rejected the US-devised plan as an “illusion” that will fail to bring about peace.