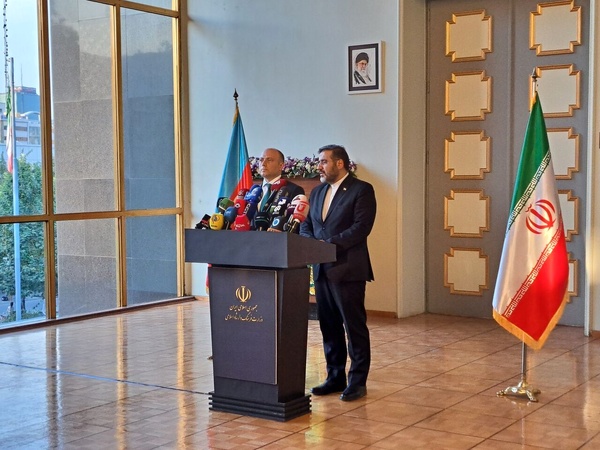 Culture ministers of Iran and the Azerbaijan Republic on Monday stressed the expansion of relations between the two countries in culture and art.

Esmaili referred to the age-old historical and cultural relations between the two countries and said that a new chapter will open in those relations following the Monday talks.

He said that Tehran and Baku will jointly work to remove any obstacle to achieve that aim.

The Azeri minister, for his part, stressed efforts to further develop bilateral cultural relations and said that there are numerous grounds to make that goal materialize.

He also invited his Iranian counterpart to pay a visit to Azerbaijan.

He met with other officials at the Iranian Culture Ministry as well.

Karimiv also visited the mausoleum of the late founder of the Islamic Republic, Imam Khomeini, and paid respect to him.