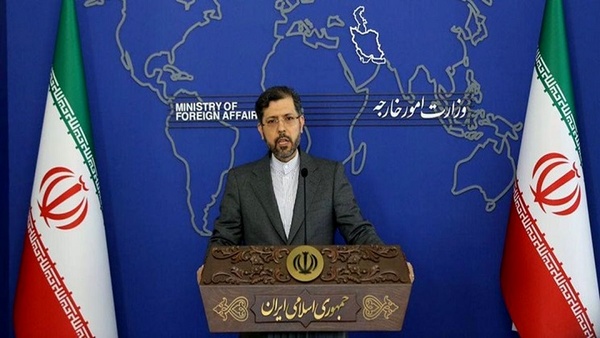 The sworn enemies of Iran once again showed their evil nature with the assassination and martyrdom of one of the IRGC forces, Khatibzadeh said.

This inhumane crime is committed by terrorist elements affiliated with global arrogance, which, unfortunately, is accompanied by the support and silence of the countries claiming to fight terrorism, he added.

Emphasizing that the Islamic Republic of Iran has been one of the victims of terrorist crimes for more than four decades, he said the terrorists are trying to prevent the great nation of Iran from moving towards the realization of their lofty ideals and cause an interruption in the honorable path of the people, unaware that the blood of the martyrs guarantees the survival and excellence of this nation and country.

Khodaei was shot with five bullets and martyred in front of his house in downtown Tehran.

The assailants were two motorcyclists who are still at large while the security forces are looking for them.

The assassination was carried out at Mojahedin-e-Islam Street, according to the informed sources.