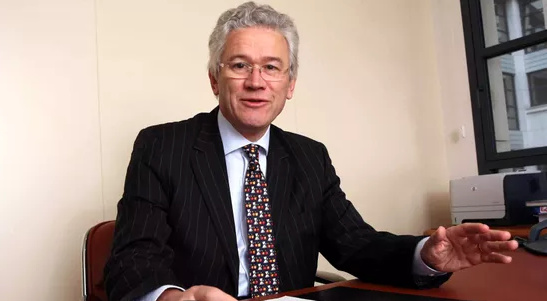 In an exclusive interview with ILNA news agency, Hervé Juvin a French politician said "What happens when a declining power faces the growing power? In this game, the European Union and some European Nations are trying hard to just exist."

"I am not so sure, they would succeed. But the issue balance somewhere between Washington, Tel Aviv, Moscow and Beijing. And this issue is about the Western World global dominance. The feeling from the outside world –two thirds of humanity- is crystal clear; time doesn't work for the hyperpower – or what it comes to be."

He added that for the US and Western Nations, the Tony Blair's sentence in the 90' is still true: nothing could be done without giving complete security to Israël. Love it or not, this is the elephant in the room. And nobody will condemn any Israeli operations securing its borders and Jewish population.

"But the same question prevails for Iran. Who are the best friends of Iran? Those who endorse a strategy of systemic confrontation, and expect the radicalisation of a population hit hard by economic and financial sanctions, or those who work in the dark for regional apeasement, the recognition of Israel State, and the opening of diplomatic and economic relations with all the regional partners?"

The French politician pointed to the recent visit of the President of Iran to Russia and confrimed that expectations were high. But the Geneva negotiation is not the end of the game. Whatever it takes, the game is not over. Let me say: the meeting between President Raeisi and President Putin and the visit in Sochi and Moscow is more important than the Geneva comedy.

"And the road map between Iran and Russia, to be completed by agreements with China, is far more relevant than teh régime of sanctions from Washington."

Hervé Juvin emphasized "There is a future for Iran and Iranian people. The three something thousand years of Iranian Empire doesn't come to an end because of failed JCPOA. There is a life, with or without, JCPOA."

"But Let me say, sanctions and embargos are another way to fight, and they are better than war. And at the end of the day, nobody knows from the day One who'll win a war, but everybody knows that even a victorious army counts its dead soldiers, and also that, with the modern warfare, the civil population cant count its deaths. Anything must be done to keep peace, and ensure civil security, everywhere in the world. This is the urgent task for the European Union to lead the fight for peace," he said at the end.