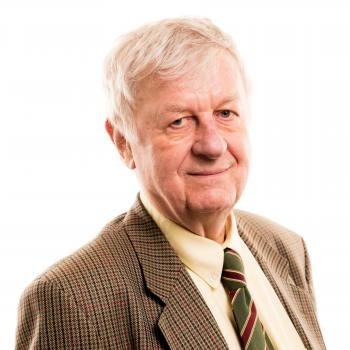 The ex-European Union's Special Representative to the Middle East peace process, Marc Otte said in an exclusive interview with ILNA news agency that direct meetings are more efficient. Apparently we’re not there yet. But the new US administration is an opportunity not to be missed.

Answering to question about what are the current obstacles to reviving Iran's nuclear deal, he added "The lack of trust between the parties about the ultimate political goals of the two sides. Iran renouncing nuclear weapons for good and getting a lifting of related sanctions."

"Negotiations are conducted including public statements to rally support from the constituencies of the parties and /or impress the other side about consequences if it fails to meet expectations."

The ex-European official pointed to Israel's influence on the outcome of the talks and confirmed that Israel is not part of the negotiation framework. It expresses concerns shared by other countries in the region, although with accompanying military threats. It has conducted sabotage operations against Iranian nuclear facilities. To my knowledge, the US hasn’t.

"I am not privy to the actual substance of the talks but I do not think the content of the negotiations is completely vague. Each player has its own priorities and contradictions still have to be overcome. It is a slow and complicated process, including because of the current format. Hence the disappointment of what you call the audience. Strategic patience is in order."

Answering to question about what is Europe's role in this regard, the Belgian diplomat confirmed that the EU and the High Representative are actively busy developing a strategy for security and cooperation to help Persian Gulf countries build confidence regionally, in particular as regards the process launched by the Baghdad Conference on Cooperation and Partnership.

"The EU is also keen to build a closer partnership between the EU and Persian Gulf countries to further the EU's global agenda (green transition/climate change, diversification away from hydrocarbons to fighting desertification and water resource management, connectivity, digital economy, the fight against pandemics or support to multilateralism and effective response to growing humanitarian needs)," he added at the end.