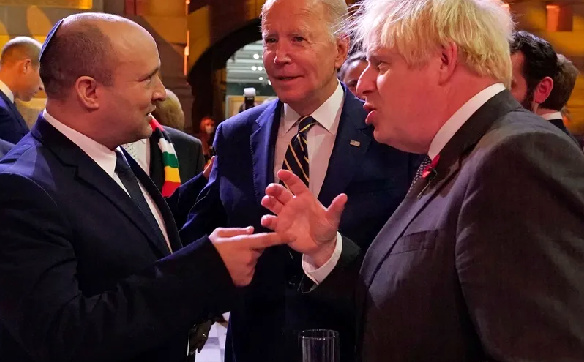 Nearly 50 national and local groups say Iranians are badly in need of humanitarian goods regardless of whether the negotiations continue.

More than three dozen grassroots advocacy and policy organizations across the country are calling on the Biden administration to alleviate sanctions on Iran for the purchase of vaccines and other humanitarian supplies as a gesture of goodwill, and to potentially jumpstart stalled negotiations for both parties to return to compliance with the Joint Comprehensive Plan of Action.

In a letter to Biden, the groups — led by the National Iranian American Council and includes J Street, Ploughshares, Truman Center for National Policy, and the Quincy Institute — say that the Trump administration’s withdrawal from the deal has empowered hardliners in Iran, caused the country’s led to a stalled diplomatic process.

“There are still diplomatic options available to the United States to change this course and overcome the challenges that Trump’s abandonment of the JCPOA have wrought before it is too late,” they write, adding, “your administration can discredit those within Iran who argue there are no differences between your administration and the Trump administration and are eager to match U.S. economic pressure with Iranian nuclear leverage.”

The groups suggest that the Biden administration identify Iranian financial institutions that can facilitate purchases of COVID-19 vaccines and other needed medical supplies and humanitarian goods as well as supporting efforts to assist the flood of Afghan refugees in Iran.

The effort comes just after a recent joint statement from President Biden, French President Emmanuel Macron, German Chancellor Angela Merkel, and UK Prime Minister Boris Johnson on “the importance of a negotiated solution that provides for the return of Iran and the U.S. to full compliance with the JCPOA and provides the basis for continued diplomatic engagement to resolve remaining points of contention.”

In their letter to Biden on Tuesday, the groups say that alleviating some sanctions on humanitarian grounds “will advance U.S. national security by creating momentum for negotiations while also bolstering global vaccination efforts and the campaign to defeat COVID-19” and “demonstrate U.S. seriousness and sincerity in reversing ‘maximum pressure.’”