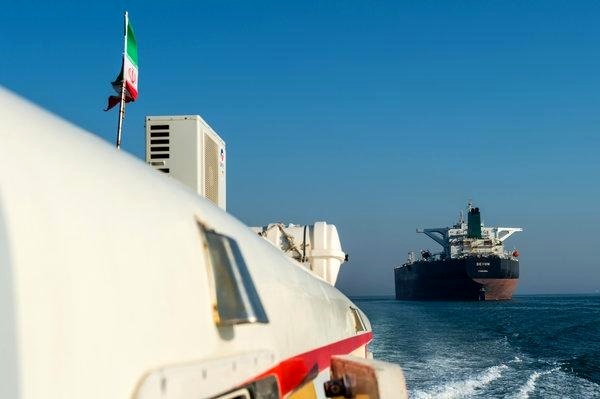 Speaking to ILNA news agency, Ahmad Sobhani called for continuing and increasing trade between Iran and Caracas and said Venezuela is itself producer of heavy and super heavy oil and till now they used to import a certain material to dilute their oil or converting it into light oil in order to sell it in the international companies and create value added.

"Almost 15 years ago talks between Iran and Venezuela began for softening Venezuela’s oil by using some of Iran’s gas condensates which were able to dilute it and some tests were conducted successfully."

Sobhani added that despite the talks and success of the tests, this cooperation did not happen in the past decade but today this project has been operationalized and Iran’s sales of gas condensates which have faced sanctions are exported to Venezuela and now Venezuela’s heavy oil is produced as a blending and new product which has been welcomed in the market.

He stated that on the other hand, Venezuela gives Iran heavy crude which is turned into a new product after being blended with gas condensates and it is easily sold in the market.

He further said that the Club of the Sanctions has begun a win-win game, saying that if one or two tankers are dispatched to Venezuela per month, a good trade volume will be shaped between Tehran and Caracas.

Sobhani reiterated that in trade, the issue of profit is important and it does not matter the good is going which direction and the product goes toward any destination where there are purchasers and fortunately trade between Iran and Venezuela are profitable for the both states.

Today due to the U.S. sanctions there are few countries are officially ready to buy fuel from Iran but Venezuela is itself under sanctions and it has no problem and Iran’s oil can be easily exported to this country.

He said that the U.S. threats against Iran’s exports to Venezuela have always been and will be also be but it cannot do anything practically because sanctions are unilateral and they have not been imposed by the UN and therefore the deal will be a win-win one and it can help both countries in the sanctions era.

The former diplomat added that if the sanctioned clubs enter the Club of the Sanctioned, they will themselves turn into a power which will be effective in making ineffective the sanctions like dispatching fuel tankers to Syria and Lebanon and these countries are good ones and it is a win-win game.

He reiterated that Latin American market is a good one for Iranian goods and products.