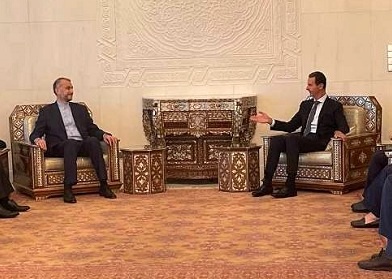 The presence of outsiders will not contribute to sustainable security and stability in this sensitive region, Amirabdollahian noted during the meeting.

Consultations and cooperation between regional states and Muslim countries will play a significant role in creating lasting security in the region, he further noted.

He also termed the Zionist regime as an important agent for causing insecurity in the region.

“We believe that the formation of an inclusive government in Afghanistan as a political solution should be taken into account by all sides,” he pointed out.

Any political and security arrangements in the region will be achieved with the participation of all regional states, including Syria, he underlined, noting that “we consider the important role of Iraq and Syria to help create new regional facilities in the economic, security and political areas.”