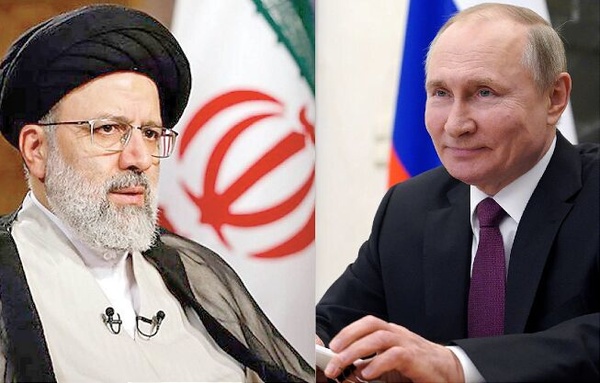 On the sidelines of the inauguration ceremony of President Raisi at the Iranian parliament, Speaker of the Russian Duma Vyacheslav Volodin congratulated the new president and conveyed Russian President Vladimir Putin's message on Moscow's readiness to upgrade bilateral ties in all fields.

The speaker of the Duma referred to cooperation between Russian and Iranian parliaments, calling for making any effort to continue the current collaborations.

Volodin underlined that he would convey Iranian officials' message to President Putin on the need for finalizing the 20-year agreement between the two countries.

He also said that anti-Iran sanctions have been imposed to weaken Russians and Iranians, but Moscow and Tehran will overcome the situation through cooperation and expansion of exchanges.

According to Russian experts, the cooperation between Iran and Russia as the two countries that enjoy good neighborliness and have common stance on many international issues can be enhanced especially in the new administration in Tehran.

Gork Mirzaian, a university professor and reporter in Russia, believes that Tehran and Moscow should expand the structure of collaborations in a bid to be able to stand against challenges and threats, because the situation is ripe for expansion of cooperation.

Pointing to Russian security plan for the Persian Gulf, he told IRNA that the initiative provides a good opportunity for guaranteeing regional security and partnership.

Ismail Shabanov, a member of the General Council of the Eurasian Peoples' Assembly, expressed hope that the relationship between Russia and Iran will upgrade during the presidency of Raisi.

He further told that the economic and trade ties between the two sides are not sufficient, calling for the increase of cooperation in this field.

Iran's Ambassador to Moscow Kazem Jalali noted that messages exchanged between the leaders of the two countries show that the two sides are keen to expand relations in different political, military, technical, cultural, and economic arenas.

According to the envoy, the new administration in Tehran attaches great importance to expansion of ties and consolidate collaborations.

Jalali went on to say that Moscow and Tehran are powerful players in international arena and can play key role in standing against unilateralism in global developments.

Andrei A. Fursenko, a Russian presidential aide, emphasized that enhancing relationship between Russia and Iran in the sophisticated situation is an inevitable necessity.