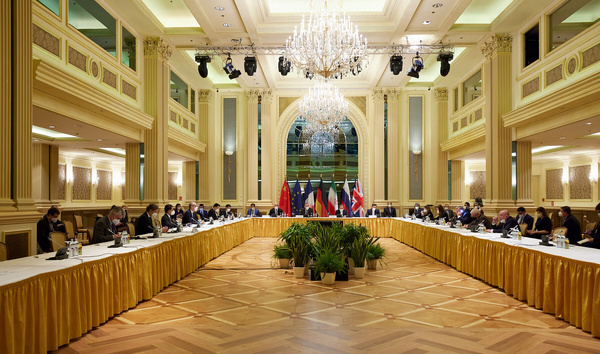 Speaking at his weekly presser held online on Monday, Saeed Khatibzadeh explained the latest developments in the field of foreign policy and responded to reporters' questions.

The spokesman for the diplomatic service referred to the inter-Afghan talks and the Indian foreign minister's visit to Tehran.

The diplomat also referred to Foreign Minister Mohammad Javad Zarif's telephone conversation with Josep Borrell about the presence of the Prime Minister of Slovenia in gathering the Mojahedin Khalq Organization (MKO).

We wait for new administration for Vienna Talks

Regarding Deputy FM Abbas Araghchi's remarks saying that Iran would have to wait for the next administration to negotiate the revival of the Joint Comprehensive Plan of Action (JCPOA), Khatibzadeh said: "Negotiations in six rounds in Vienna have progressed vigorously, and it is natural that religious democracy prevails in Iran, and these talks due to non-implementation by the United States were delayed, and elections were held in Iran, and we must allow the administration to be established and move forward."

The spokesman also said: "The administration and the foreign ministry are the bodies that are implementing the decisions. This will continue in the normal way. The interests of the people and the decisions of the system must be implemented. The moment the United States returns to its commitments and we verify them, Iran will fully resumption of its commitments. We have to wait for the new administration to be established."

In response to a question about the new wave of Afghan migrants to Iran, he stated: "We are closely monitoring the situation at the borders. Afghanistan's security is our security, and the unrest in Afghanistan will not be tolerable for Iran."

Zionist regime is a source of violence in the region

Regarding the normalization of the UAE's relations with the Zionist regime and the official opening of the UAE embassy in the occupied territories, the Foreign Ministry spokesman said: "The occupying regime in Beit-ul-Moqaddas is in the throes of its legitimacy and thinks that with these measures, it can gain legitimacy for itself. A regime that is a source of violence in the region."

Khatibzadeh stated: "This regime will not gain legitimacy in this way. The UAE should know that they are responsible for the unrest and what is related to it in the presence of the occupying regime in the region."

European judicial approach is a shameful violation against Muslims

Referring to the decision announced by the European judicial body, the official noted: "This is a shameful and strange decision, and when it comes to human rights and minorities and freedom of religion for Muslims, it has a limited meaning in Europe."

He also added that the decision was discriminatory and could cause increasing violence against Muslims in Europe. We expect the relevant European authorities to rectify this.

Iran always welcomed the normalization of relations with Egypt

About the meeting between Iran and Egypt, Khatibzadeh also stated: "Contacts between Iran and Egypt have always been ongoing and have never been cut off, but they have had ups and downs. We believe that the normalization of relations between the great Islamic countries is in the interest of the Islamic world and the region. We have always welcomed this normalization of relations and its expansion."

In response to a question, he said: "The general and principled policy of the system is that nothing beyond the JCPOA will be accepted."

Exchange of prisoners is a humanitarian issue

He said: "All parties went to make their preparations, and the part related to the US commitments was not done until yesterday, and when Iran told the other parties that the seventh round would be held in the new administration, the US tried to bring this humanitarian issue to the JCPOA talks. It is a wrong approach, and it makes all the paths difficult. If the United States fulfills its obligations today, the release of 10 prisoners can be done with the United States and Britain. We advise them to abandon a human issue and act instead of empty statements."

The spokesman said the route could remain open if the US and Europe fulfilled their commitments.