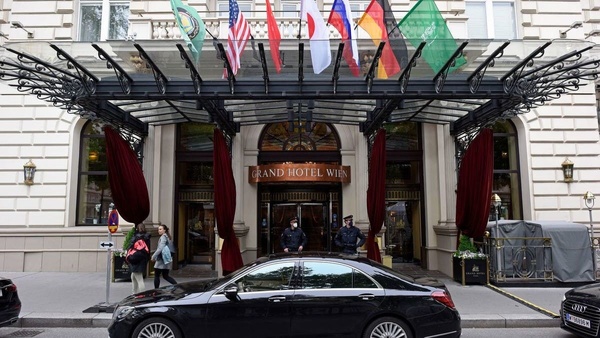 When the sixth round of talks, aimed at resuscitating the Joint Comprehensive Plan of Action (JCPOA), ended more than a week ago, it was evident from the Iranian and U.S. war of words that the next round would be the most consequential round, though it will unlikely be the last one.

First, U.S. envoy to the Vienna talks Rob Malley made it clear that Washington will not lift all the sanctions imposed by the Trump administration against Iran. He even threatened to walk out of talks if Iran continued to insist on getting the U.S. to lift all the sanctions. “What they’ve asked for – in principle, they’ve said they want all of the sanctions that President Trump’s administration reimposed or imposed since 2018 to be lifted. And that’s a lot. And we’ve said we’re prepared to remove those that we think we need to remove to be back in compliance with the JCPOA. But we’re not going to lift all of the sanctions that the Trump administration imposed,” Malley told NPR.

“We wouldn’t be going back to Vienna if we thought that it’s not possible to reach a deal. I don’t think that this window is going to be open forever. At some point, we’ll have to conclude that this is not succeeding. But we’re not there yet,” he noted.

U.S. Secretary of State Tony Blinken reiterated Malley’s threat by implying that the ball is in Iran’s court.

“There will come a point, yes, where it will be very hard to return back to the standards set by the JCPOA,” the top U.S. diplomat said at a briefing in Paris after meeting with French Foreign Minister Jean Yves Le Drian. He also called on Iran to make “difficult” decisions to advance talks that could revive the JCPOA.

Le Drian reiterated the same call. “It’s been six weeks since the negotiations started again. Some progress was achieved, and we will now be entering the most difficult times. It will require some strong and courageous decisions on behalf of the new Iranian authorities, but now is the time,” he said.

Iran hit back at the U.S. and its European allies by saying that they are the ones who should make difficult decisions, not Iran. Because Iran had already made tough decisions regarding the JCPOA.

“So far, six rounds of talks have been held with the P4+1, and we are almost close to the final stages. There is a series of issues that have been sufficiently negotiated and it is time for the countries to decide,” Iran’s top nuclear negotiator Seyed Abbas Araqchi said.

“The Islamic Republic of Iran has already made tough decisions. When the United States withdrew from the JCPOA and Iran decided to stay in the JCPOA. It was Iran’s big and difficult decision that led to the preservation of the JCPOA so far. Now it is the turn of the opposing parties, and according to the negotiations we had, they must decide and reach a conclusion on the revival of the JCPOA in order to reach an agreement,” Araghchi told Iranian state media after briefing lawmakers sitting on the National Security and Foreign Policy Committee on the Vienna talks last week.

The briefing took place ahead of a supposed resumption of talks last week. But the talks were delayed due in part to internal deliberations in the concerned countries. As regards Iran, intensive discussions have taken place to draft a strategy on how to proceed with the talks given the American intransigence during the sixth round during which little progress was made.

To this end, a new committee has been formed with members from various institutions such as Iran’s Supreme National Security Council, the Majlis, the government, and representatives of the new Iranian president-elect’s transition team. The main duty of this committee is to determine whether the outcome of the Vienna talks goes in line with the stated policies of Ayatollah Khamenei.

It’s not clear yet which scenario is likely to take place. But it seems that the seventh round, expected to resume on Sunday, would determine which scenario is possible. Iranian news website Asr-Iran reported that Vienna talks would resume on Sunday. And this time, the website said, officials from the Iranian oil, banking, and insurance sectors will join the negotiating team to discuss how to release Iranian frozen assets and oil sales as well as banking ties.

Whether the Vienna talks would reach a conclusion in the next round remains an open question. But if the U.S. continues to wriggle out of its stated goal to return to the JCPOA by lifting sanctions, talks will face a bumpy road since Iran has made it clear that it will not let the U.S. renege on its commitments again. Iran has demanded that the U.S. provide assurances that it will not leave the nuclear pact again, something that the U.S. has rejected. In addition, Iran has demanded that the U.S. prolong the drawdown period for foreign firms operating in Iran and increase it from six months to four years in case there was another withdrawal from the JCPOA, a source familiar with the matter told the Tehran Times.

Furthermore, Iran has called for the establishment of an Iranian-led committee whose task would be to provide a regular reporting on the continuation of the lifting of the U.S. sanctions, something similar to what the UN nuclear watchdog does in terms of verifying the implementation of JCPOA-related commitments by Iran, according to the source.