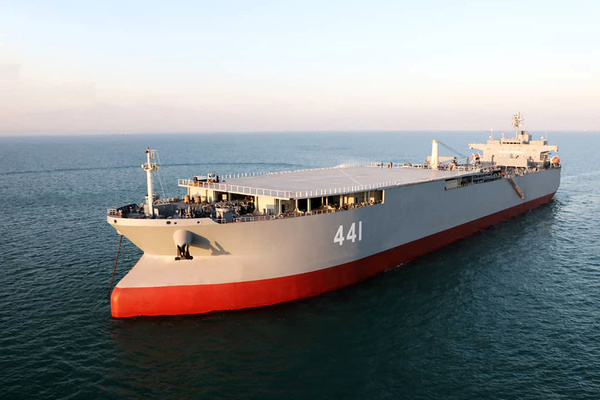 According to Politico, an Iranian frigate and the Makran, a former oil tanker that was converted to a floating forward staging base, have been heading south along the east coast of Africa, said the people, who spoke on condition of anonymity to discuss a sensitive subject.

U.S. officials do not know for sure the destination of the Iranian ships, these officials said, but believe they may be ultimately headed for Venezuela.

Iranian media says the 755-foot long Makran, which was commissioned this year, can serve as a platform for electronic warfare and special operations missions.