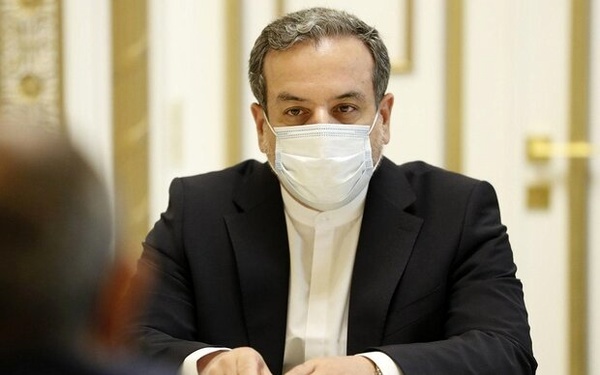 Iran's Deputy Foreign Minister for Political Affairs Abbas Araghchi said in Vienna on Sunday that all sanctions must be lifted, after that Iran will return to its Joint Comprehensive Plan of Action (JCPOA) commitments.

Pointing to the details of the Vienna talks discussed in a meeting with the delegates, Araghchi said that the standpoints of the representatives were discussed in detail about the various aspects of the act of "Strategic Action to Lift the Sanctions and the enrichment of 60%".

He also hoped that the nuclear talks will proceed till reaching tangible results, leading to the termination of the unjust US sanctions against the Iranian nation, adding that it is still too soon to judge about the outcome of these talks, or saying whether were are optimist or pessimist, but we are paving the right path.

Referring to the clearance of Iran's definitive stances, he went on to say that the sanctions must be lifted, verification would carry out, and then Iran will return to its commitments.

In response to a question about the views of the parties and the US regarding the Islamic Republic of Iran's proposed list for lifting sanctions, Araghchi said that this debate is ongoing, the sanctions that the US has imposed on Iran are two types: first, thematic or so-called partial sanctions, such as oil, banking, insurance, shipping, petrochemicals, building, and automobile sanctions, and other sanctions on real and legal persons.

Referring to the sanctions list for individuals as a long list and it is about 1,500 cases, he said that the negotiations are underway on both types; the sanctions on the partial and individuals should be lifted.

Earlier, Araghchi expressed hope that the disputes between Iran and the IAEA, will be resolved amid a constructive and unpolitical atmosphere.

He pointed out that there are talks for dispute resolution with the agency, "which we hope will lead to satisfactory results".

Araghchi said that the IAEA officials are going to visit Tehran and that will accelerate the moves in that respect.

“Our cooperation with the agency is on its natural path and we hope those disputes will be resolved amid a constructive and unpolitical atmosphere," he added.